Trout season opens across the Catskills 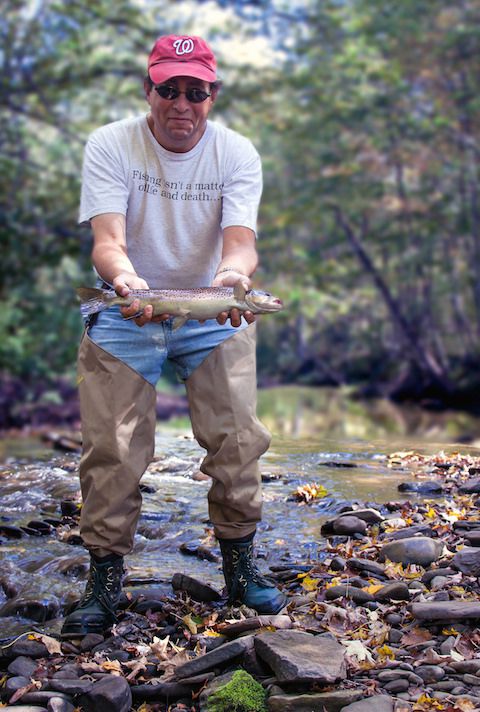 Above: "Peter with a Brown Trout,” by Joan Challacombe, one of the runners-up in the 2015 Catskills Outdoor Guide Photo Contest. (The 2016 photo contest ends tonight, so enter now!)

It's the first day of fishing season in the Catskills, and the oddly warm weather should be especially inviting to anglers across the region today.

The annual first cast at Junction Pool on the Beaverkill happened this morning in the Sullivan County town of Roscoe--aka "Trout Town USA"--at 7:30 a.m., and the celebrations continue all weekend with dinners and fly-tying celebrations, according to the Roscoe NY website.

Trout Unlimited - The Way of a Trout from Bill Strockbine on Vimeo.

The New York State Department of Environmental Conservation 2016 Coldwater Fishing Forecast reports that fishing in the East and West Branches of the Delaware River in the western Catskills should improve this year because of improvements to the stream habitats for fish:

Two new in-stream habitat improvement structures were installed in the East Branch tailwaters near Shinhopple and the Tomannex State Forest. The rock and wood structures are intended to provide cover where trout habitat has historically been marginal. Additionally, a large scale restoration project was completed on Sands Creek. A number of habitat structures and floodplain reconnection work was conducted along a one mile stretch of Sands Creek. Sands Creek is an important spawning tributary to the West Branch Delaware River.

The DEC also reports that the "the tailwaters of the West Branch continue to be one of the most productive fisheries for trophy trout in the northeast," but adds that some of those streams between the villages of East Branch and Hancock in Delaware County don't open for fishing until April 16 this year.

To get you in the mood for fishing, the Ashokan-Pepacton Watershed Chapter of Trout Unlimited is sharing several trout fishing videos in their newsletter, including a vintage 1969 video made by Trout Unlimited about the life cycle of the trout (see above).

For a more modern take on the atmospherics of trout fishing, watch a short film about fishing on the Esopus Creek in Ulster County near Phoenicia, below. Look closely and you'll see some familiar Route 28 sites like the Phoenicia Diner.

Below: "Autumn Tailwaters - Fall Fishing & Wild Trout in the Catskills," was produced by Day Trip Films in partnership with Orvis in 2015.