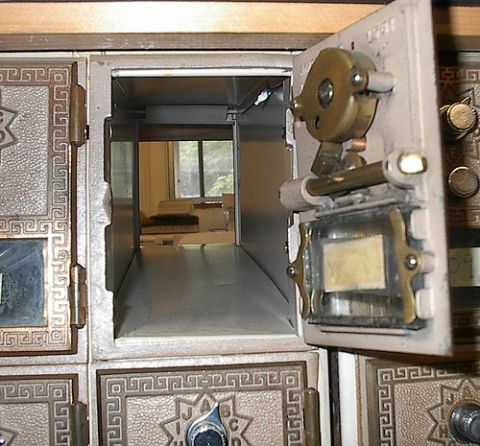 No wonder River Reporter managing editor Jane Bollinger is angry. For at least one local paper, ongoing cutbacks at the U.S. Postal Service have been delaying the arrival of the paper in subscribers' mailboxes by as much as several days.

Back in August, the USPS announced that most mail processing that had been done in the Mid-Hudson Processing and Distribution Center in Newburgh would be moved to Albany, a cost-cutting measure. The move went into effect on September 7.

For the River Reporter, a newsweekly based out of Narrowsburg, this means the newspapers they mail to subscribers from Newburgh every Wednesday are now shipped on an extra 180-mile round trip to Albany and back before being distributed to local post offices.

The first week that the new system was in effect was a disaster, Bollinger said. On Friday, September 13 -- clearly an unlucky day -- the paper was flooded with calls from unhappy subscribers.

To try to get papers to subscribers more quickly, the River Reporter has been working with the USPS to deliver some of their own papers to key post offices in their territory -- checking the papers into the facility in Newburgh, then hand-delivering sacks of papers with USPS approval to local post offices. But Bollinger said the extra effort was not sustainable for the paper, which has a small staff and no room in the budget to hire more people.

Bollinger said she hoped the situation would improve as local postal service workers adjusted to the new system. On Thursday, September 27, Bollinger said it was still too soon to tell if this week's delivery made it to subscribers on time.

"The first time it happened, not a single subscriber of ours in New York State got their paper on time. The second week, some people did and some people didn't," Bollinger said. "We're still really hoping the Albany sorting center works this out."

When the shift in mail processing was announced in August, the USPS promised that the shift would have no impact on first-class mail delivery. But since the new system went into effect, many local postal customers have complained of delays.

Postal service spokesman George Flood admitted that in the first few weeks of the new system, there have been some bumps in the road.

"We are in a transition period. We did experience some issues in the first couple of weeks," Flood said. "However, we have seen a significant improvement this week in the level of service."

The move of most mail processing to Albany wasn't the only thing causing delays, Flood said. An Automated Parcel Bundle Sorter -- a key piece of equipment half the length of a football field -- broke down shortly after the transition began. Because of the breakdown, Flood said, the periodical sorting that had just been sent to Albany was briefly moved back to Newburgh, then returned to Albany once again.

Flood says that the postal service's delivery standard -- two-day delivery, for a periodical like the River Reporter -- has not changed.

But Bollinger said that before the shift in processing to Albany, the paper and its subscribers were getting faster delivery than the standard required. What that means is that even if the newspaper now gets delivered a day later than it used to, the USPS won't consider it a delay, since the USPS is still hitting its two-day standard.

"I did speak to the postmaster in Newburgh. He said that it was unusual that our subscribers got their paper overnight [before the shift], and it's not going to happen again," said Bollinger.

Flood said that several other periodicals in the area had also reported delays in their delivery. But another local newspaper, the twice-a-week Sullivan County Democrat, hasn't been having any issues with their delivery, said publisher Fred Stabbert III.

"We've had no problems at all," said Stabbert. "I can't speak for other newspapers. All I can say is, so far so good." The Democrat and the Reporter are direct competitors, with overlapping territory in Sullivan County.

Flood urged anyone who has had problems with their mail, either as a customer getting delivery or as a business sending mail, to call the USPS customer complaint line at 1-800-275-8777.

The River Reporter has issued an editorial calling on Congress to strike down a federally-imposed requirement that the USPS set aside money to pre-fund its employees' future retirement healthcare costs -- a decision that is fueling most of the cutbacks underway at the USPS, which include the closing of many local post offices, reductions in hours and a proposal to stop Saturday mail delivery. But Bollinger holds out little hope for a return to a bigger, faster postal service.

"It relegates rural America to the hinterlands," Bollinger said. "It tells rural America, 'Stay where you are, we're just going to bypass you.'"

Local readers: Have you noticed delays in your mail delivery since September 7? Let us know at [email protected], or leave a comment below.