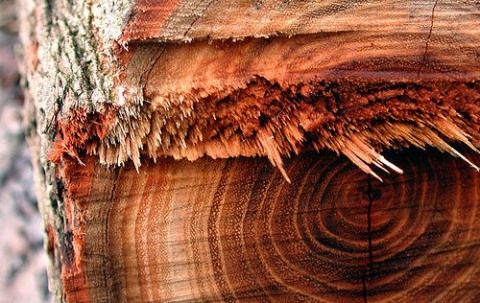 This afternoon, the New York State Department of Environmental Conservation (DEC) announced that they are loosening the regulations that govern transportation of firewood in the state.

According to a press release from the DEC, wood being transported to sawmills and other facilities for processing will no longer be considered "firewood," and is not covered by the regulations.

Also, under the revision, homeowners and other firewood users will not have to keep documentation of where their wood came from, unless they are burning it on state land.

The regulations, which are intended to prevent the spread of invasive tree-killing insects like emerald ash borer and Asian longhorned beetle, still prevent the transport of untreated firewood more than 50 miles from its source.

From the press release:

The updated definition of "Firewood," now specifically excludes logs being moved to manufacturing facilities for processing (sawmills, pulp and paper mills, biomass power plants, etc.) from regulation as "firewood," as this regulation is intended to regulate firewood specifically. Other regulations exist for log transport, which are enforced by New York State Department of Agriculture and Markets, including transport restrictions from the twenty counties in New York that are under state and federal Emerald Ash Borer (EAB) quarantines.

A DEC fact sheet on the differences between the old regulations and the new revisions states that the law does not require firewood users to document where their wood came from, once it is delivered. Apparently this was a point of confusion in the older law:

Last year, the DEC stepped up its enforcement of the firewood law, setting up checkpoints on roads in the Adirondack Park and ticketing violators.