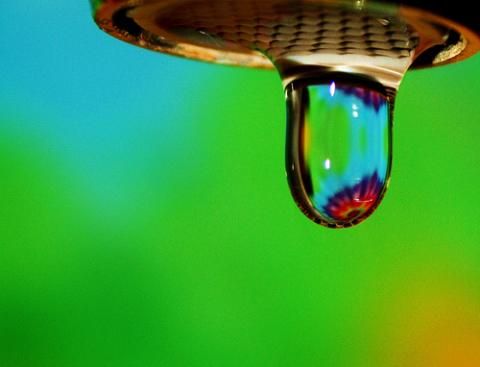 The Associated Press reports that although the recent flooding has stirred up New York City's water system considerably, and required the city to do some extra chlorination, it hasn't affected the quality of the unfiltered water coming out of the taps:

High counts of bacteria from human or animal waste appeared initially in the water system after the flooding. The water was treated with slightly more chlorine than usual in Westchester County. The coliform levels in the upstate system have since come down, [Department of Environmental Protection spokesperson Farrell Sklerov] said.

"We know the storm doesn't actually have an impact on water that makes it into people's taps," he said.

The city DEP doesn't filter the water but has some flexibility to draw the best-quality water from among 19 upstate reservoirs. It has also continued adding aluminum sulfate to the system, which causes sediment to clump and sink.

Those aluminum sulfate (or "alum") additions, regular Watershed Post readers may recall, have been the subject of action taken against the DEP by the state Department of Environmental Conservation.

Earlier this year, the state DEC fined the city DEP $2.6 million for its releases of dirty water into the Ashokan Release Channel -- and, as part of that complaint, ordered the agency to limit its use of alum, and to dredge an area of the city's Kensico Reservoir that had been polluted by alum. (Click here to read the DEC's full complaint against the city.)

Update, 10/18: Shortly after the AP story came out, we asked DEP spokesman Farrell Sklerov for more data about New York City water quality after the floods, and he wrote back:

Fecal coliform is measured in cfu/100ml (colony forming units per 100 milliliters). Anything above a 20 is considered elevated. For approximately a week after each major storm (Irene and Lee), the numbers generally ranged between 30-60 in some of our reservoirs. Water sampling tests in our reservoirs indicate that fecal coliform counts have returned to normal levels in most of the reservoir system. For example, our most recent results (9/25) for two Kensico source water sites were 1 and 4 cfu.  At no point were the immediate post-storm levels a public health threat because chlorine that is added between the reservoir and in city distribution effectively treats the water and additional water samples that we take every day in our distribution system saw no elevated fecal coliform levels related to the storm.

For turbidity, anything below 5 NTU is considered acceptable for the drinking water purposes of an unfiltered system. Our reservoirs typically hover between 1-2 NTU, though our Catskill system tends to be higher because it is more likely to be impacted by storms due to the geology in this part of the watershed. Following Hurricane Irene and Tropical Storm Lee, our Delaware system ranged up to 450 NTU, depending on the specific reservoir, however, the flexibility our system has allowed us to control this turbidity effectively. Our Catskill system ranged as high as 3000 NTU in the west basin of the Ashokan and up to 230 in the east basin. In Kensico, which directly supplies drinking water to Hillview, we were able to maintain levels in the 1-2 NTU range because we treated the water from the Catskill System with alum. As of today (9/27), turbidity levels are still elevated but much lower: up to 80 in the Delaware system; up to 45 in Ashokan east basin and up to 1300 in west basin; and Kensico is between 1 and 1.3 where the water leaves the reservoir and enters the city’s distribution system. The tremendous flexibility we have on our system has allowed DEP to effectively manage these record storm events and continue to deliver high quality water to the City.