Sean Eldridge to run for Chris Gibson's seat in Congress 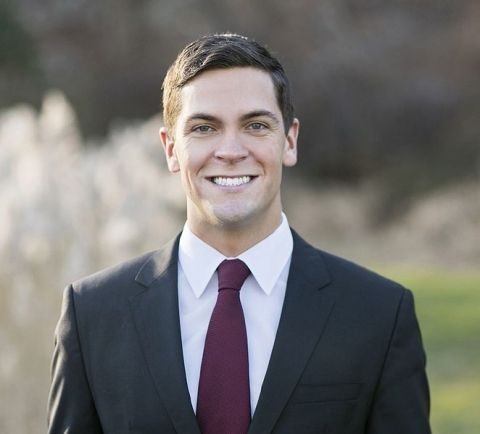 Sean Eldridge may be best known to the national press as "Chris Hughes's husband" -- the guy whose high-profile marriage to the wealthy Facebook co-founder and New Republic publisher made the New York Times's "Weddings" section last summer. But by the time the 2014 election season gets underway, odds are the 26-year-old investor will be a household name in his own right.

As to whether a twentysomething, Ivy League-educated gay multimillionaire born in Canada and raised in Ohio can successfully win an upstate New York swing district from a moderate Republican incumbent war veteran -- well, it seems we're likely to find out.

Eldridge, a Democrat, recently filed papers to run for Congress in 2014 in New York's 19th Congressional District, a seat currently held by Republican Chris Gibson. The news was broken on February 1 by Capital Tonight's Liz Benjamin, who got the news of Eldridge's intent to run before the papers were officially filed.

Benjamin makes note of the fact that Eldridge, who recently founded a venture capital firm in the area called Hudson River Ventures, is a prominent investor in several local businesses:

...in recent years, he has struck out on his own, founding a small business investment fund called Hudson River Ventures that focuses on the region’s burgeoning artisanal food and beverage industry, and also getting involved in the push for statewide campaign finance reform.

Eldridge has been quiet about his plans, declining requests for news interviews. But Benjamin reports that he has already signed up SKDKnickerbocker, a prominent national communications firm, to work on the campaign.

Atlantic writer Adam Clark Estes raises an eyebrow at Eldridge's obvious youth, but notes that his money, connections and political ambition will make him a candidate to be reckoned with:

If he wins the [Democratic] primary, Eldridge will face off against Republican incumbent Chris Gibson, a two-term congressman and decorated war hero, in an area that went for Obama in last year's election. It won't be an easy race, but Eldridge is remarkably well-positioned to be a worthy contender for someone who was studying political philosophy at Brown less than five years ago. The fact that he has Chris "The Kid Who Made Obama President" Hughes and a fortune worth as much as three-quarters of a billion dollars certainly helps.

Eldridge lists his address -- both on his filing papers and on his Facebook profile -- as Shokan, a hamlet in the Ulster County town of Olive. But Eldridge may have some explaining to do about where he spends most of his time, the Times-Union's Jimmy Vielkind writes:

Eldridge and Hughes own a house in Shokan, just west of that [Kingston] in the foothills of the Catskill Mountains. It’s unclear how much time he spends there: a May, 2012 profile of Hughes and Eldridge in the New York Times was accompanied by photographs of them on an “estate” in Garrison, in Putnam County, and Eldridge’s political donations this year listed a P.O. Box and address in the area.

In that New York Times profile, Eldridge told a reporter he was deeply attached to Garrison:

While they enjoy city life, Mr. Eldridge said, Garrison is where “we put down roots, where we want to have a family”; the community reminded him of Toledo, Ohio, he said, where he grew up playing outside and visiting neighbors unfettered.

New York's Congressional districts were redrawn by a panel of federal judges before the 2012 election. The new 19th District includes all of Columbia, Delaware, Greene, Otsego, Schoharie, Sullivan and Ulster Counties, as well as parts of Broome, Dutchess, Montgomery and Rensselaer Counties.

A river runs through it: Local pols applaud the creation of the Delaware River Basin Restoration Program
Chris Gibson won't run for governor