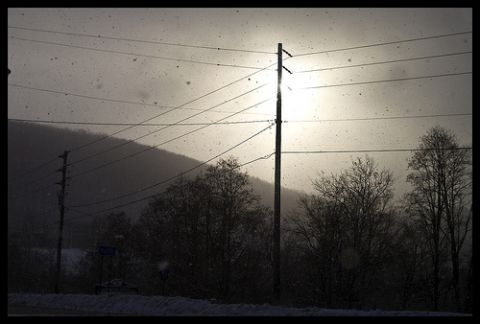 Rural utility companies call it the "last mile problem": Even in places where there is a network nearby that carries data, the final connections that bring service to individual houses are the most difficult and expensive to build. In the rural Catskills, where houses are far from one another and remote from population centers, many homes and communities still lack access to high-speed internet or cable television.

Some of those areas may soon get new broadband access. On Tuesday, New York State Gov. Andrew Cuomo announced the awarding of $25 million in grants to fund the expansion of broadband networks in underserved parts of the state, through the Connect NY Broadband Grant Program.

Among the grants awarded: $1.8 million to the MARK Project to expand broadband and telecommunications service in a rural area of the Catskills where three counties come together, spanning the towns of Halcott, Gilboa, Roxbury, Conesville and Middletown. According to a press release from Cuomo's office, the project will bring new service to about 900 households and provide broadband access to important community institutions free of charge.

The buildout will be carried out by the Margaretville Telephone Company (MTC), whose effort to expand broadband in the region is already underway. Several years ago, MTC applied for federal stimulus funds to expand its broadband network in the region. Although MTC lost the bid for stimulus funds, the company forged ahead with expansion plans, seeking approval from the towns of Halcott, Gilboa and Conesville to provide service in the towns.

The Connect NY Broadband Grant Program will also make a grant of over $5.2 million to Time Warner Cable, another provider that serves the Catskills region, to expand its network to 4,114 new households across the state.

Full disclosure: Lissa Harris is a shareholder in the Margaretville Telephone Company. The business was founded in 1916 by Harris's great-great-grandfather, John Birdsall, and remains in the family. Harris is not employed by the company or involved in its management.

Lexington overlooked in round one of state broadband grants