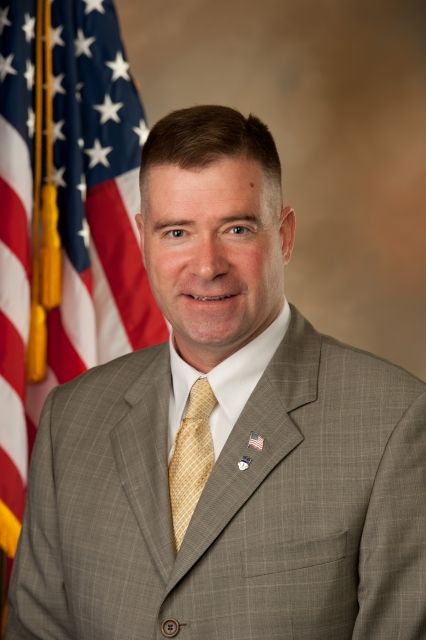 While Democratic candidates Joel Tyner and Julian Schreibman will face a June primary before one of them moves on to the November election, Republican Congressman Chris Gibson is already campaigning for New York’s new 19th Congressional District. Gibson currently represents New York's 20th district, about half of which will be in the new NY-19 next year.

He may be facing a tough race in November. The district Gibson is hoping to represent is much more evenly split between Republicans and Democrats than the one he won in 2010: The new NY-19 has a 3 percent Republican advantage, as compared to 13 percent in the old NY-20.

As part of our series of interviews with the candidates for the newly redrawn congressional district, which will include the entire Catskills region, the Watershed Post met with Gibson recently at the Villa Roma Resort and Conference Center in Jeffersonville.

To compare New York State's new Congressional district lines with the old ones, check out this interactive map from the New York Times.

Watershed Post: What do you think of the new 19th Congressional District?

Chris Gibson: We’re here tonight in Sullivan County to get to better know the folks here. We’ve had a tremendous time over the last couple weeks moving to all the new counties. We’re actually going to have 165 towns in the new Congressional district and that includes 81 new towns to the ones that I already have in the 20th Congressional district.

Six of the counties I have now [Rensselaer, Columbia, Dutchess, Greene, Delaware, and Oswego counties], I’m going to keep in the 19th.

WP: So, you’re no stranger to the mountains, then.

CG: No, not at all. In fact, I grew up in Kinderhook in Columbia County, so I was really only a half hour away from Greene County and the Catskills right there.

WP: You hosted your second Rural Broadband Symposium. How did that go?

CG: We just had a very productive session. We brought together the federal and state leadership from the administrations to talk about the incentives: the grant programs that are available, and the low-interest loan program that is available at the federal level. We put that together so that we could inform our town supervisors and county officials of the various vehicles that are out there to help expand broadband.

When we did this in the fall up in the North Country we actually found that it builds out capability. We’re looking forward to using that method and certainly bringing it out to Sullivan, Ulster, and Delaware Counties in the near future.

WP: Any thoughts on your potential opponents?

CG: I plan to run on my record. I have worked very hard since retiring from the Army in taking on the responsibilities of a representative. I work for everyone, all 700,000 people, regardless of party, on growing the economy, on moving back to a balanced budget, and protecting our exceptional way of life. If you believe in those goals, it doesn’t matter if you’re a Republican, Independent, or Democrat, you’re on our team. I think we have a strong record we can run on, and I look forward to bringing that to all the new towns in the 19th district.

WP: Huge chunks of the 19th district will come from Maurice Hinchey’s 22nd district. He’s a fairly progressive Democrat. Will you be able to reach out to his constituents?

CG: Absolutely, and here’s why: helping our farmers, ensuring that we protect the environment, broadband, bringing a national focus to Lyme disease, job growth. These are issues that transcend party lines.

You will hear a lot in Washington, DC. Ultimately what we need to do is to put our partisan differences aside and work toward pragmatic solutions.

WP: Where do you stand on fracking?

So, I support what the Governor is doing. I think he’s proceeding with caution to make sure that we have a regulatory process to make sure we don’t harm the water supply. And ultimately, I also support local communities. If a local community doesn’t want to do it, and they vote to not do it, that’s something I support. I support home rule.