Yandik: An upstart Democratic outsider is overshadowed by Teachout 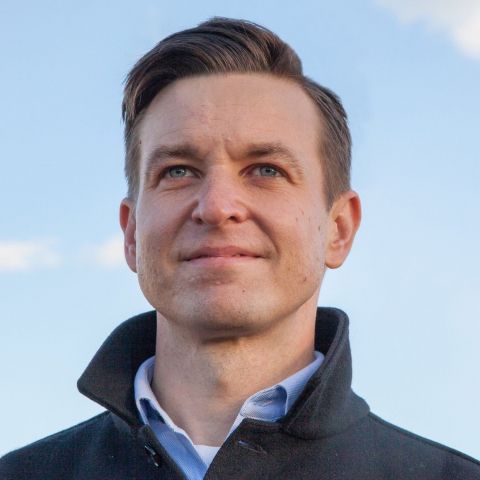 Above: Will Yandik, from the candidate's campaign Facebook page.

In the past two decades, Town Councilman Will Yandik, a fourth generation fruit and vegetable farmer from Columbia County, became an Ivy League graduate, a climate change policy researcher and a journalist. Then he decided to return to the family farm, Green Acres Farm in Hudson.

One of two candidates seeking the Democratic nomination in the party's June 28 primary in the race to replace retiring Republican Congressman Chris Gibson in New York's 19th Congressional District, Yandik is hoping that his unconventional background will help him make the case for why he should take on the GOP nominee this November.

Overshadowed by the contentious primary battle unfolding on the Republican side, the Democratic contest has been dominated by Fordham University law professor Zephry Teachout's political and fundraising star power, which has left Yandik's candidacy out in the cold.

"I think we have an awful lot of lawyers..."

Yet that has not prevented Yandik from pushing forward in a spirited effort to claim his party's nomination.

"We have an awful lot of lawyers," he told the Watershed Post, referring to the other candidates in the congressional race. “But no journalists or scientists."

Yandik has worked as a journalist for the Wall Street Journal, Preservation Magazine, and the AARP, and believes that his experience would be beneficial if he is elected to Congress. Journalists look through the politics and ”and ask tough questions," he said.

Pointing out that only a handful of elected officials in Washington have a science background, Yandik said that one of the most important issues to him is reducing the nation's carbon footprint.

"No foreign policy can be talked about without climate change,” he said.

Yandik himself has science degrees from both the University of Wisconsin and Brown University, and has worked as a field ecologist for the U.S. Fish and Wildlife Service.  He also received a grant to co-author a guide for small towns to reduce their carbon footprints.

As the only Democrat on the Livingston Town Council in Columbia County, Yandik has worked with Republicans to achieve bipartisan initiatives, such as prohibiting hydraulic fracturing, in the community.

Yandik is proud that he has been able to work with people who are not a part of his party on a local level, and believes the same can be accomplished in Washington.

"I see a lot of opportunity to work with Republicans," he said.

When it comes to the economy, however, Yandik breaks with the GOP.

"We have a middle class that has been squeezed,” he said. “I don't believe we can have a country where a corporation can open a post office box in the Bahamas" to avoid taxes.

Republicans, he added, "have not been very good on this issue."

Stating that he is running for Congress to "first serve the people," the Hudson Valley farmer wants to shore up social security if elected. Social security, he added, is important to the 19th Congressional District, as its residents are older than the national average by about ten years.

Although Yandik contends that he is an "independent-minded person," many progressive elected officials and organizations have come out in support of his opponent, Zephry Teachout, who obtained national name recognition for her spirited primary challenge to Governor Andrew Cuomo in the 2014 gubernatorial election.

According to the latest fundraising statistics, supporters are putting their money where their mouths are: Teachout raised more than $530,000 in the first quarter of 2016, topping every candidate for Congress in the state, according to Capital New York.

Yandik raised more than either Republicans John Faso or Andrew Heaney with $260,000 during that same time period, but Yandik only has slightly more than $200,000 in the bank, which is the smallest amount of all four candidates who are still in the race.

Despite the odds not being in his favor financially, Yandik is continuing to fight for votes and attention in his bid to top Teachout in next month's primary.

In a recent campaign stop in Woodstock, Yandik emphasized his close ties to the area he was raised in. Ulster County Legislator John Parete of Boiceville quipped to the Daily Freeman that, unlike Teachout, Yandik “doesn’t need his GPS to find his way around the district.”

Yandik and Teachout will meet in three debates in June, according to the Daily Freeman.