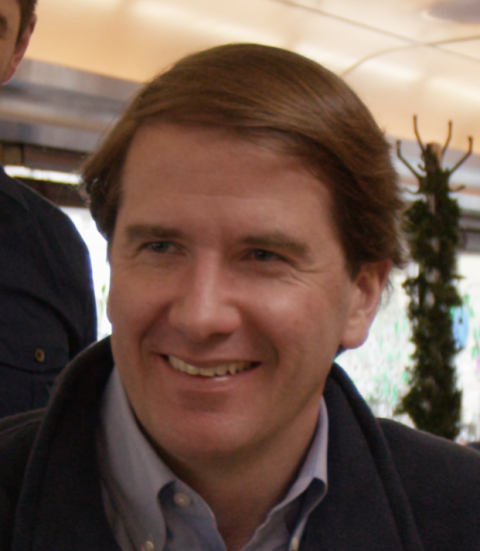 Above: Andrew Heaney. Photo courtesy of the Heaney campaign.

The heating oil businessman, who lives in the town of Washington in Dutchess County, says that his lack of political experience is his most important credential for Congress as he seeks the Republican nomination in the primary on June 28.

Born into the family heating oil business in Queens, Heaney became president of a division of the company, Heating Energy Affordable Today (HEAT), at age 22 after his father died of lung cancer. Heaney, who had only recently graduated from Yale University, says that he grew the small heating oil cooperative into the largest heating oil buying group in the United States.

Still in the heating oil business today as owner of the Heaney Energy Corp., which is based in Millbrook, Heaney is married with three children. He recently told the Watershed Post that his decision to run for Congress "really boils down to the kids."

Expressing his overall dissatisfaction with the direction of the country, Heaney believes that "the central issue of our time is the loss of faith.” As a legislator, he said, he would work to restore people's faith in the country.

Heaney expressed his hopes that his campaign could reintroduce the idea of citizen legislators in a time when "most in Congress are professional politicians." In this, Heaney offers a stark contrast to that of his primary opponent John Faso, who is a former New York Assembly Minority Leader.

Having already locked up the endorsement of the Conservative, Independence and Reform Party lines, Faso is the favorite to secure the Republican Party's support when the faithful hold their primary on June 28. But Heaney has been anything but a pushover in his bid to knock off the more experienced Faso.

Heaney has waged a combative campaign against the Republican Party establishment, first by foregoing the county caucuses to force a primary race, and then by attempting to invalidate signatures endorsing now-former Republican candidate Bob Bishop.

"Be the reform you want to see"

"Be the reform you want to see,” is one of Heaney’s slogans. He recently introduced a five-point plan for congressional reform that includes enacting term limits and prohibiting former members of Congress from engaging in federal lobbying,

Heaney knows that passing such a reform is unlikely. “The system is dead set against it,” he said.

Still, if elected, Heaney plans to set an example. He says that he will limit himself to six years in Congress and will not accept any special interest PAC donations.

In his interview with the Watershed Post, Heaney said that he would receive his health care from the U.S. Department of Veterans Affairs (VA) as a show of solidarity, despite the fact that he is not a veteran of the Armed Forces.

Heaney plans to appeal to the 52,000 veterans in the 19th Congressional District, he said.

“We need to make the VA work better for our vets,” he said.

Decrying what he calls "economic policy set by lawyers," Heaney said that the 19th Congressional District has existed in a state of “permanent recession.”

Stating that "we have a real lack of leadership in New York," he said that would act as an economic catalyst for the 19th District if elected congressman.

There is no love loss between Faso and Heaney, and negativity between the dueling campaigns increased exponentially last month when Faso publicly addressed a letter to the Heaney campaign calling for them to "cease and desist" with advertisements characterizing Faso as a “banned lobbyist.”

Heaney’s claim refers to media reports that a law firm that Faso worked for, Manatt Phelps & Phillips, reached a $550,000 settlement after being investigated by Andrew Cuomo, who was then the New York State Attorney General and is now governor.

During the investigation, Cuomo found that Faso's law firm “acted as unlicensed financial brokers trying to help companies win business with the state and city pension funds,” according to the New York Daily News. In the settlement, the law firm was barred for five years from involvement with state pension funds.

Faso was not named in the settlement with the law firm, but the Daily News reported that Faso was involved in several meetings.

When asked for his response to Faso’s cease and desist letter, Heaney told the Watershed Post that "Mr. Faso is lying.”

"I hope he sues me,” Heaney added. "I would be really happy to argue this case in court."

It remains to be seen what effect, if any, the two candidates war of words will have when the two take the debate stage in the coming weeks, first on Wednesday, June 8 at the Foothills Performing Arts Center in Oneonta along with their Democratic counterparts, then in a televised June 16 debate on Time Warner News. The two candidates had previously agreed to hold six debates.

"Faso represents everything the voters hate about government," Heaney said.

If those remarks are any guide, the negativity marking the Republican side of the campaign is only likely to grow worse.

However, with only three weeks to go until Republicans head to the polls, Faso is currently leading Heaney by 19 points, according to a poll that was released last week by the front-runner's campaign.