The best stories from five years of the Watershed Post 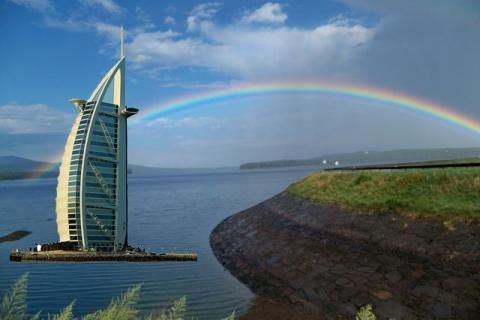 Above: An illustration from our first and only April Fool's article, from April 1, 2011, depicting a fake floating casino on the Ashokan Reservoir.

To celebrate, we took a look back at the stories from the past half-decade. It's been a wild ride, and we've grown a lot, transforming from a fast-posting news aggregator to a more thoughtful, longer-form online journalism outlet and, to our surprise, a print publisher.

Here are our favorite stories from the past half-decade. Some are fun (that one April Fool's story we did back in 2011 was a hoot), and some are serious (we've had more than our share of floods and fires in the Catskills since 2010). We're proud of them all. In chronological order:

When a community of Pagan witches in Palenville were denied a religious tax exemption by the town of Catskill, the Watershed Post was the first media outlet to cover the controversy, which became a national news story about freedom of religion. After a long, expensive legal battle, the Maetreum of Cybele won its right to a religious property tax exemption before New York’s highest court in November 2014.

Above: A graph of Howarth's controversial findings about the carbon emissions of natural gas, made by Lissa Harris.

Lissa Harris interviewed Robert Howarth, a scientist who released a study in 2010 showing that natural gas perhaps wasn't as clean an energy source as previously thought. Lissa conducted an in-depth interview with Howarth, graphically illustrated his findings, and analyzed how the study would impact the nascent controversy over fracking.

Tropical Storm Irene hit the Catskills on August 27, 2011, and it transformed our lives. Lissa and I went into crisis mode, reporting for weeks on a storm that destroyed towns and lives across the entire region. Our coverage included a town-by-town list of damage, an interactive spreadsheet for tracking people stranded by the storm, a spreadsheet tracking relief resources for flood victims, a map of road closures updated by a volunteer GIS expert and a live blog that allowed readers to share information in realtime as the storm hit. A large impromptu community of volunteers grew around us, helping us staff the liveblog, obtain accurate information, and get the word out to the world that the Catskills needed help. A year later, on the flood's anniversary, we published a collaborative series called Faces of the Flood, which told the untold stories of the disaster with photographs by Christopher Auger-Dominguez and reporting by a team from SUNY New Paltz. Our Irene and Lee coverage won awards and accolades locally and nationally, but what we remember most about the flood are the wonderful people who came together to help us cover our community when we needed it most.

Four years ago, with the help of our friends at WIOX 91.3FM community radio in Roxbury, we launched a radio show and podcast called the Watershed Post Half-Hour News Hour. We ran the show for six months before realizing that it took too much work to keep it up while running our website, but we had lots of fun doing it. The best edition was a special hour-long live show in the midst of the devastation caused by Tropical Storm Irene, which starred an unplanned interview with Gov. Andrew Cuomo. You can listen to it by clicking here.

In 2012, rumors swirled about cronyism at the state-owned Belleayre Mountain Ski Center. The New York State Inspector General's office was investigating, but the specifics were shrouded in secrecy. Then a former Belleayre employee came to the Watershed Post with a ledger of daily logs of people who received “Administrative VIP Passes” in the 2009-2010 ski season. The documents showed that Belleayre gave large numbers of free ski tickets to police and politicians, a practice that ethics experts look upon with concern. We investigated and broke the story just as the Olympic Regional Development Authority was preparing to take over management of Belleayre, prompting coverage in other newspapers and heated debate throughout the Catskills.

In February 2012, three businesses in Delhi found nasty surprises in their bathrooms: cheery messages scrawled in human feces on the walls. I reported about the serial poop vandal and got some truly gross photographic evidence of his handiwork, but the credit for the headline is entirely due to Lissa Harris.

Andrea Girolamo, our managing editor from a few years back, hit a nerve in 2012 when she took to social media to ask the world to come up with slogans for the Catskills region. Inspired by our story about the Catskill Park Resource Foundation's $1,500 contest to come up with a slogan to rebrand the Catskills, Andrea decided to try some re-branding herself, with suggestions like "The Catskills: Closer than the Adirondacks." That was enough to start an avalanche of sloganeering across the Twitterverse. In 24 hours, the #catskillsslogans hashtag generated "442 tweets; 460,494 impressions, reaching an audience of 82,079 followers," according to Ivan Lajara at the Daily Freeman. We collected the best ones and made T-shirts out of them, and the rest are still alive on Twitter.

Above: Debra and Randy Sundstrom in happier times. Screenshot from the 2007 documentary "Lords of the Gourd."

We were lucky to have veteran crime journalist David J. Krajicek investigate one of the most bizarre cases in Catskills history for us. When Debra Sundstrom, a cashier at the Big M in Walton who spent her free time growing giant pumpkins, murdered her husband, nobody noticed for three years. Only after Sundstrom killed herself and burned a house down in 2013 did her grisly history surface. Another body, that of her boyfriend, Dominick Bosco, was found. Then the body of her husband, Randy Sundstrom, was recovered from a barrel behind their home. Krajicek's excellent article follows every twist and turn of one of the story, and inspired a true-crime TV show to profile the case.

The Longest Day: Inside the Bovina standoff (2013)

Above: A family photo of Justin Geraghty, a man who held two Bovina residents hostage before killing himself in their house in 2013. Photo courtesy of Liahna Cole.

In August 2013, the town of Bovina stood still, waiting for the end of a standoff between an armed man and police in a house on County Route 5. I interviewed the people closest to the situation -- the two homeowners taken hostage and the woman who witnessed most of the standoff from the other end of a phone line -- to tell the story of what happened that day.

Feral swine -- or wild boars -- are wily, fast, strong and destructive. In 2014, they were invading the Catskills, rooting up crops, spreading disease and polluting streams. Federal wildlife regulators armed with sniper rifles and cameras took to the sky in helicopters to control the boar population, and Lissa Harris dug deep into the problem of feral swine and the attempts to eradicate them. Also, c'mon, that headline is amazing.

Above: Video of the Rexmere collapsing in flames. Shot by Joshua Sparkes and shared with the Watershed Post.

The stately Rexmere Hotel, one of the last of the multi-story wooden hotels dating from the golden age of the Catskills, burned to the ground in March 2014. Readers tipped us off to the disaster and sent us photos and videos of the fire while Lissa Harris did shoe-leather reporting on the ground. One of our top-performing stories of all time.

Thanks for reading the Watershed Post. To help us make five more years of great stories about the Catskills, considering funding us through our brand new Friends of the Watershed Post program. Click here to get started.

This week around the blogshed
The Watershed Post on "Kingston NOW"