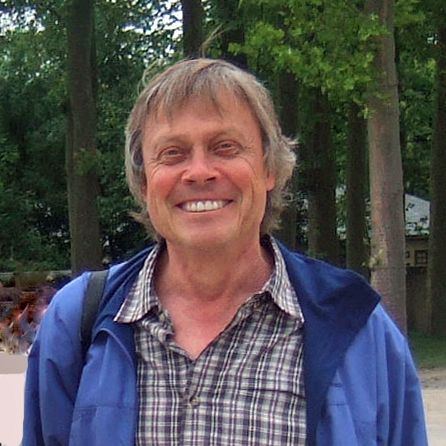 While battles rage over Marcellus shale gas drilling, Cornell scientist Robert Howarth has quietly released a report that could change everything. His surprising claim: Natural gas has a far greater carbon footprint than oil, and could even be more harmful to climate than coal. (See table below.)

Howarth says most attempts to measure the climate impact of natural gas have failed to account for methane escaping from leaky pipelines. Since methane is a very potent greenhouse gas – with about 72 times the heat-trapping capacity of carbon dioxide – even small amounts have a big impact on climate change.

Howarth is the first to admit that his numbers are rough and have yet to be rigorously tested by the scientific community. But by dealing a blow to natural gas's image as a relatively clean fuel, he has already begun making enemies – not in the natural gas industry, but among major environmental groups that have bought into the idea of natural gas as a  “bridge fuel” to help get the nation farther along the path of clean energy. In a recent interview with the Watershed Post, Howarth told us he's begun getting calls from the government about his work, from local pols all the way up to the EPA. We're guessing his will be an important voice in the national conversation about energy.

The hidden climate costs of natural gas: Table created from figures in Howarth's paper by Lissa Harris. Emissions are measured in g C of CO2 per million joules of energy.

Watershed Post: What's the message of your work for energy consumers?

Robert Howarth: I think the country and this region really need to move forward aggressively with doing a much better job of conservation and developing truly green technology. As a nation, something like Marcellus shale drilling could be the exact wrong thing for us to do. Flooding the market with cheap, dirty natural gas could mean green power can't compete in the market.

WP: You set out to compare the carbon emissions of natural gas to coal and oil. What did you find?

RH: If you look at the Department of Energy's analyses of greenhouse gas emissions from those three fuels, they will say gas is the cleanest and coal is the dirtiest. But that's based on the emissions just from combustion. Energy for digging the pipeline, laying the pipe, trucking the water, hydraulic fracturing, dealing with the waste—those all emit greenhouse gases.

But most important is the release of methane gas. It's hard not to have a little bit of gas leakage when you move stuff over a long distance via a pipeline. The EPA's most recent estimate is 1.5 percent leakage. That's a conservative estimate. We're working on coming up with a better number—and it's going to be higher, frankly.

WP: What do you think are your biggest sources of uncertainty and error?

RH: I don't have much confidence at all in my coal numbers at the moment. The methane leakage from coal is pretty uncertain. There's a lot of methane that comes out of a coal mine—that’s what caused that West Virginia explosion. Exactly how much depends on the type of coal, the location of it, the type of mining. We're trying to get numbers on that.

Some of the process energy cost estimates for natural gas—like the releases associated with building and constructing a pipeline, drilling the wells and hauling the wastes—are very rough. We will be doing a better job of nailing that down. But that's not really what's driving the analysis. It's methane leakage. Methane is such a powerful greenhouse gas. We could be off by 50 percent for the process costs, and it doesn't change the conclusion.

The take-home message is that natural gas is going to accelerate global warming if we use it as a replacement for oil. That is an extremely robust conclusion.

WP: That really strikes at a key element of the Pickens Plan: fueling more vehicles with natural gas.

RH: Yes. I would worry about that. I've heard people say we can develop technology to reduce leakage. But 1.5 percent is pretty low already. New York City has a lot more leakage in its water system, and it's easier to keep water from leaking than gas.

WP: Are other scientists working on measuring emissions across the whole life cycle of fuels?

RH: It is quite clear, from some of the feedback I'm getting from consultants to the energy industry, that other people have done this type of analysis. They just haven't released it publicly. I've been hearing from them that the problem is worse than we've made it out to be. My sense is that people are feeding me information to get my numbers more in line with what the industry believes. But I can't prove that.

I'm not aware of any public analysis that's been done. It's a little surprising. The government should do this before they push natural gas as the way forward.

WP: You're calling this a “preliminary estimate,” and it hasn't been through peer review yet. Why publicize your numbers before the scientific community has had a crack at them?

RH: I'm a journal editor – I believe in peer review and take it seriously. That's part of the reason we qualified what we released the way we did. But I thought it was robust enough that it deserved to get into some of the policy debates, while we continue in a more refined way with some funding.

Also, we're trying to get input from peers and colleagues on where we might have made some mistakes. And I think that's proven to be useful. It's a different type of science than would have been possible without the Internet.

WP: Have you come under fire from the gas industry? Are they saying your numbers are off?

RH: No. I haven't heard directly from any official representatives. I have heard from industry consultants who ask me to keep their identities confidential—and if anything, they've said my numbers are low. The major criticisms I've been getting have been from the big national environmental groups like Worldwatch and the Sierra Club. They think my analysis is promoting coal.

WP: Do you think the environmental organizations will back off from promoting natural gas if your work holds up?

RH: I hope so. For the moment, it's just my opinion. But if it does stand up to scrutiny by peers and colleagues, then you would hope that would cause folks to reassess their support.