7:10pm: Finally, news, pictures and info from Windham, Maplecrest, Hensonville, and CD Lane Park. Things are extremely bad there. Many photos of devastation from Rick Jacobs via Facebook: 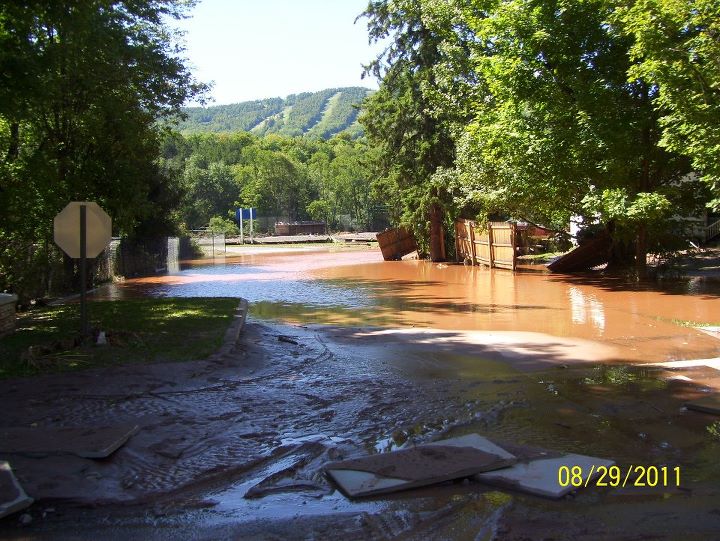 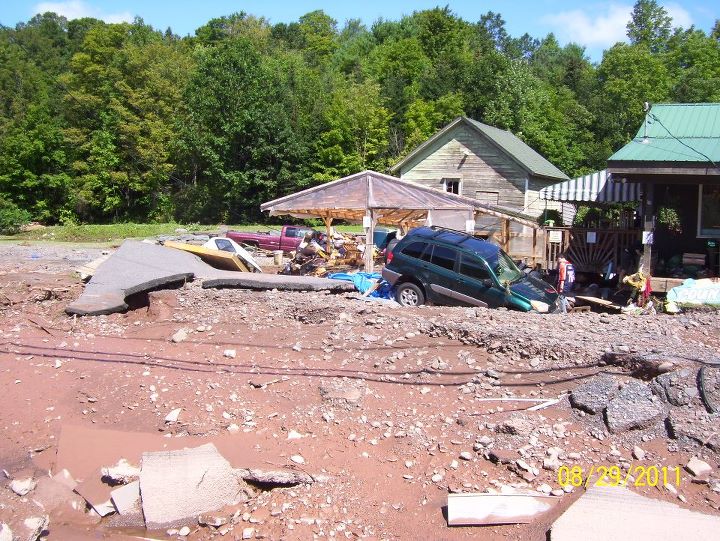 CD Lane Park -- note the top of the basketball hoop: 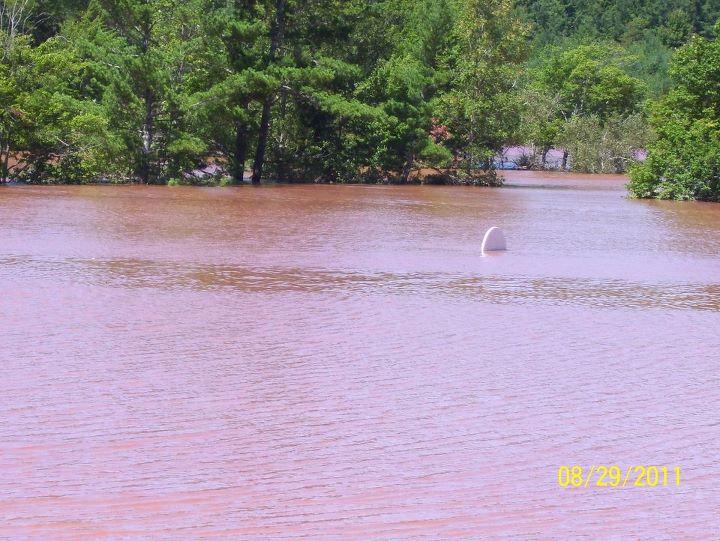 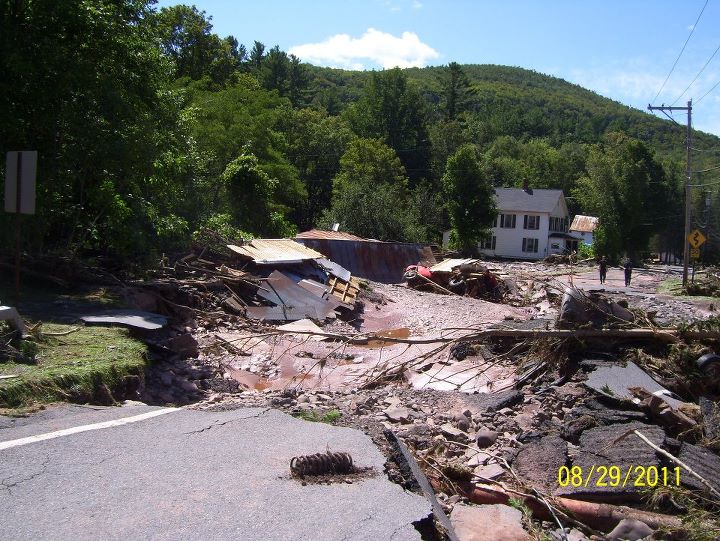 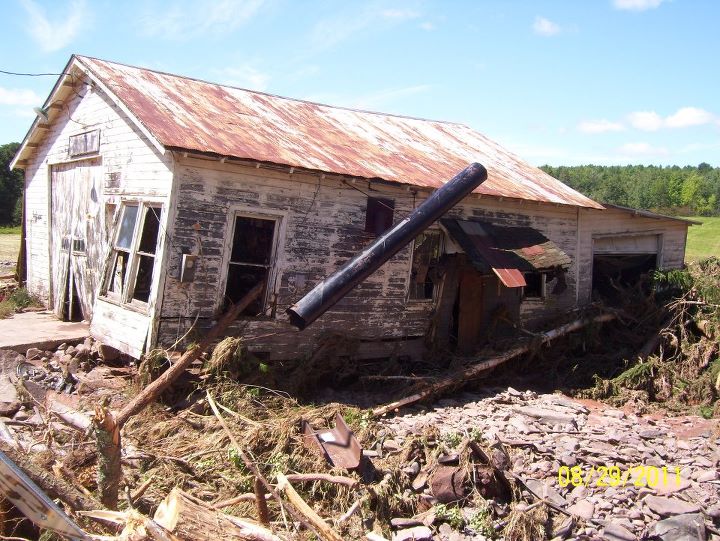 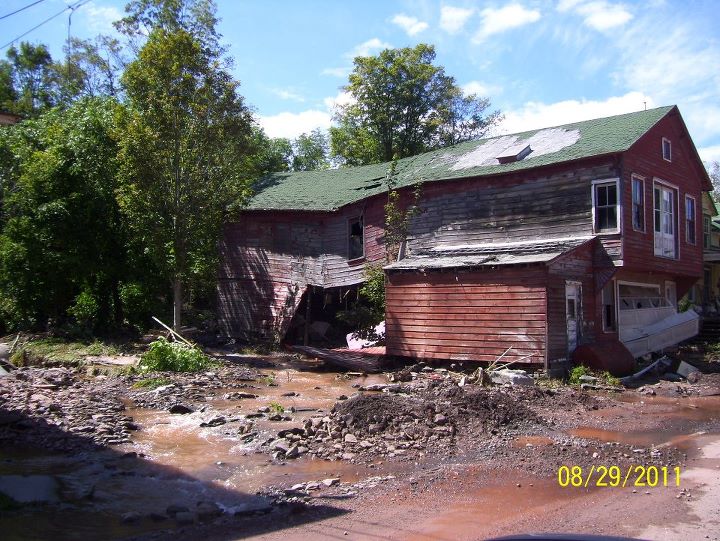 A photo of a mud-covered house on South Street in Windham by Flickr user Austin Horse:

Noon: Scraps via Twitter about Maplecrest, in Windham. Twitter user ChuckieBK reports that there are multiple bridges out and that he has family trapped in their home behind floodwaters off County Route 40:

I have family off of Co Road 40 in Maplecrest that are trapped in their home; creek washed out the bridge

there are multiple bridges washed out from what I understand. I'm referencing the one on wedding bell off of 40

Another Twitter user, @magjuana, reported being trapped on the mountaintop last night:

Stranded in #Windham, NY. Looking for info and images. Roads r impassable on mtn top. Please tweet info if u have it.

9:30am Monday 8/29/11: Photos emerging from Windham this morning. Here's one from Flickr user Austin Horse, who has many more on Flickr:

7:30pm: Reports coming out of Windham are dire indeed. Here's one from our Hurricane Irene Catskills liveblog:

Most of the mountaintop communities of Greene county are still without power. Many bridges are washed away and roads are impeded. This is ver alarming considering the elderly population of the area along with the lack of official warning.

RobertJT on Twitter reports that radio WRIP, which has been heroically covering the flooding in Windham all day while running on generator power, is going home:

WRIP, Windham, running on a generator and staffed all day by only 1 host on air, has decided to sign off for the night. #Irene #Catskills

5:20pm: Finally, some photos from Windham, via ABC 7 Eyewitness news. It's bad:

4pm: Twitter user RobertJT, who is stranded in his home above Windham and Ashland in Greene County, reports via Twitter that he is totally cut off from the rest of the county by floodwaters. From a post on Twitter half an hour ago:

2pm: Photo of streets in Windham submerged by Don Meltz via Twitter.

We're having a hard time getting information about mountaintop towns in Greene County. If you have photos of info about what is happening, please get in touch.