On the brink of a buyout, junkyard burns in Fleischmanns 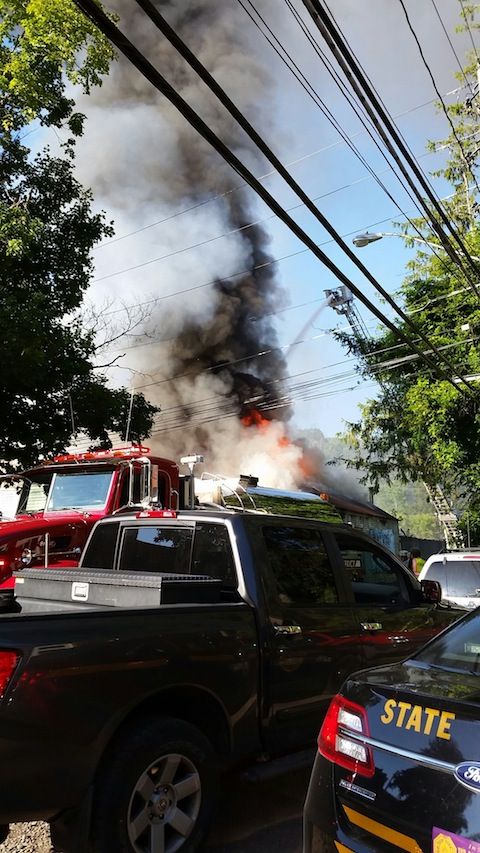 The VW Parts building owned by infamous Fleischmanns junkyard operator William Hrazanek caught fire around 5 p.m. on Tuesday, August 26. The former junkyard, located at 717 Wagner Avenue, is in the process of being purchased with federal disaster funds as part of a Federal Emergency Management Agency (FEMA) buyout program.

"FEMA is going to tear it down anyway," said Hrazanek as he stood watching the flames. "It's less work for them."

The fire was in full swing at 5:30 p.m. A tall column of smoke loomed over a crowd of students who were watching the fire from the grounds of a yeshiva next door. Multiple fire departments were on the scene.

Hrazanek said that he has no idea what started the fire, and that he was in the process of selling the contents of the building, mostly auto parts, to Euro Nutz Inc. in Saugerties.  He said that he believed that workers from Euro Nutz had been inside the building earlier today, but that when he arrived at the scene, the door was locked and the fire was in progress.

"There is no reason for there to be a fire here," he said. "The electric is off."

Hrazanek said that there was no insurance on the building. He does not expect the fire to slow the progress of the buyout.

Hrazanek faced criminal charges in connection with pollution on the property earlier this year.

Update 9/30/14: The cause of the fire has been determined to be accidental. Read the full story here. 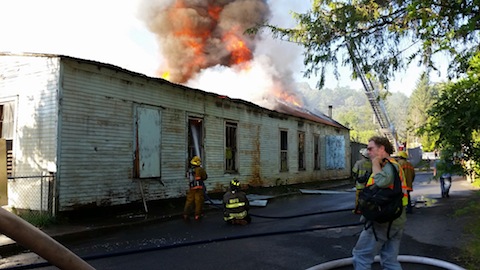