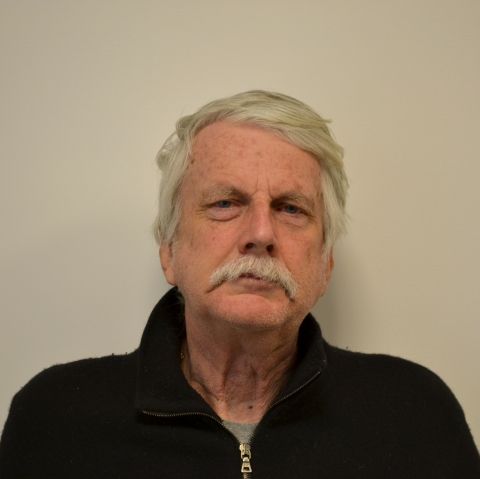 Above: William Hrazanek. Courtesy of the NYS DEC.

State environmental officials have filed criminal charges against junkyard owner William Hrazanek, 68, after the discovery of leaky drums of oil and gas found last year on his properties in Fleischmanns and Arkville.

The charges are not related to a spill in Mount Tremper that has been linked to Hrazanek, which officials say they are still investigating.

In May 2013, a routine inspection by the New York State Department of Environmental Conservation Region 4 office turned up hundreds of tires and 12 leaky barrels of waste oil and gasoline at Hrazanek's property at 717 Wagner Avenue in Fleischmanns, known as the VW Parts building.

When Hrazanek failed to report the leaking gasoline at Wagner Avenue, DEC agents raided the property and two other junkyards owned by Hrazanek in the town of Middletown, leading to the current charges.

Hrazanek was arraigned in Middletown Town Court on February 19, 2014, and charged with eight misdemeanors and three violations, including two counts of "endangering public health, safety or the environment in the fourth degree," a class A misdemeanor. The 11 charges each carry penalties that range from 15 days to a year in jail and/or $15,000 to $37,500 in fines.

Hrazanek pled not guilty to all the charges and is due to appear in court again on March 26.

According to court documents, the charges involve the three properties that the DEC raided on July 9, 2013: VW Parts., Inc. located on 717 Wagner Avenue in Fleischmanns, a large warehouse located at 102 Depot Street in Fleischmanns, and a hilltop parcel located at 50 Maxim Lane in Arkville.

The two Fleischmanns properties are currently involved in an foreclosure proceeding. Hrazanek has also applied for a $1,200,000 FEMA Hazard Mitigation Assistance Grant for the Depot Street Fleischmanns warehouse based on the damage the property sustained during Tropical Storm Irene.

The criminal charges against Hrazanek do not involve a chemical spill that occurred last June on a Mount Tremper property with ties to Hrazanek. The Mount Tremper property, 1420 Wittenberg Road, is over the county line in Ulster County and is overseen by a separate regional DEC office, DEC Region 3.

According to the DEC, the DEC Region 3 office is still investigating the Mount Tremper spill. Town court officials in Shandaken say that as of last week, no charges had been filed against Hrazanek in Shandaken.

The current criminal charges against Hrazanek only involve his Middletown junkyards.

According to court documents filed in the Middletown criminal action, on May 28, 2013, the DEC conducted a petroleum bulk storage inspection of VW Parts., Inc. at 717 Wagner Avenue in Fleischmanns, a property which Hrazanek has owned and used as a junkyard since 1992.

Two DEC inspectors touring the 717 Wagner Ave. property that day observed twelve 55-gallon drums of waste oil and gas leaking onto the ground in two locations on the property, one of them right next to a stream that leads into the New York City water supply.

The DEC issued a notice of violation to Hrazanek ordering him to report the spills to the DEC Spill Hotline, to repair corroding petroleum tanks, and submit proof that the tanks had been inspected within 30 days.

According to the court documents, Hrazanek did not follow instructions to formally report the spill by the deadline. This prompted the DEC to get a search warrant and raid all of Hrazanek's properties on July 9, 2013.

During the July 9 raid, the DEC searched all three of Hrazanek's properties. On all three of them, they found large numbers of waste tires. At Depot Street and on Maxim Lane, they also found oil spills and leaky 55-gallon drums of waste oil and gasoline products.

At 102 Depot Street, a large warehouse in Fleischmanns that Hrazanek has been using as a second junkyard location for over a decade, DEC investigators found sixteen 55-gallon drums leaking onto exposed soil and "an enormous amount of tires," according to court documents.

The DEC charged Hrazanek with three misdemeanors on the Depot St. property: endangering the public health in the fourth degree and two counts of improper storage and handling of hazardous waste. It also charged him with a violation for storing over 1,000 waste tires without a permit.

At 50 Maxim Lane, a hidden hilltop junkyard that rises above Route 28, the DEC found multiple leaking 55-gallon drums leaking into the surrounding soil, "two large piles of construction and demolition debris" in excess of 10 cubic yards, and over 1,000 waste tires.

According to the court documents, a neighbor near the Maxim Lane property reported that the debris piles contained flood debris from the two Fleischmanns junkyards, which were flooded during Tropical Storm Irene in 2011. The neighbor said in the fall of 2012, a car crushing company crushed cards on the site and left fluids in barrels nearby. In May 2013, men claiming to have a contract to remove the gas from the site and take it to New York City began removing gas from the barrels in plastic cans, the neighbor said.

The DEC charged Hrazanek with four misdemeanors and one violation related to the 50 Maxim Lane junkyard: endangering the public health in the fourth degree, unauthorized disposal of solid waste, two counts of improper storage and handling of hazardous waste, and storing over 1,000 waste tires without a permit.

For the 717 Wagner Ave. property, the DEC charged Hrazanek with a failure to report a petroleum spill, an unclassified misdemeanor, and one count of storing over 1,000 waste tires without a permit, a violation.

The leaky drums DEC inspectors spotted on Mary 28, 2013 at the VW Parts, Inc. building in Fleischmanns had been removed by the time of the July 9 raid on Hrazanek's properties.

According to a New York City Department of Environmental Protection police report about the June 13 Mount Tremper spill, a witness in Mount Tremper told DEP police that he saw a white van stop at the Wittenberg Rd. property in April or May 2013. The witness said that several men affiliated with Hrazanek spent hours on the property.

According to a July 16, 2013 statement from Wendy Rosenbach, a spokesperson for the DEC Region 3 office, the substance spilled in Mount Tremper was "suspected to be waste gasoline."

After 20 years of controversy, Fleischmanns junkyards may be forced out. Watershed Post, July 11, 2013

Click here for our growing collection of public documents about William Hrazanek.