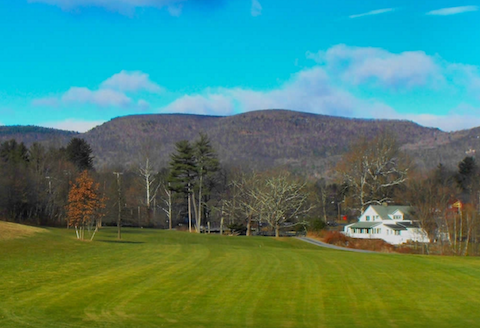 Above: The Woodstock Golf Club. Photo via the club's website.

A bomb threat that was phoned in to the Woodstock Golf Club around 5:50 p.m. on Thursday, Sept. 15 prompted an evacuation and road closures in the Ulster County town of Woodstock, according to a press release from the Ulster County Sheriff's Office.

Roads near the Golf Club, which is located between Route 375 and Route 212 in Woodstock, were closed for several hours on Thursday evening as members of the Woodstock, West Hurley and Centerville-Cedar Grove fire departments responded to the scene, police say. The club itself was evacuated.

An explosive-sniffing dog from the Poughkeepsie Police Department was brought in to investigate, according to the press release.

Detectives from the Ulster County Sheriff's Office and investigators from the New York State Police are still investigating the incident, and no formal finding about the presence of a bomb has been announced.

Roads in Woodstock were re-opened around 9 p.m. on Thursday night, police say.