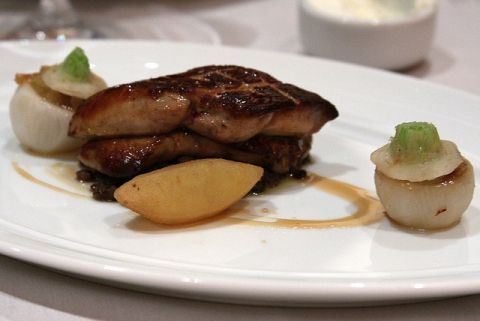 On July 17, the Third Judicial Department of the New York State Appellate Division denied the California-based Animal Legal Defense Fund's request to declare foie gras, which is made from the livers of force-fed ducks and geese, an "adulterated food product."

In 2012, ALDF and a New York resident named Daniel Stahlie sued the state of New York and several Catskills foie gras producers, arguing that eating force-fed foie gras put Stahlie at risk of developing a medical condition known as secondary amyloidosis. The foie gras companies they sued were Hudson Valley Foie Gras, Bella Poultry and La Belle Farm Inc., all based in Ferndale, according to the Courthouse News Service.

A lower court dismissed the case in 2013, finding that the ALSD and Stahlie lacked standing in the case. The activists appealed, and last week a five-judge panel of the Appellate Division found the same thing.

The case was based on Stahlie's argument that when he ate force-fed foie gras -- which was only occasionally, at parties, according to last week's decision -- he was put at risk. The judges found this argument pretty thin.

"[The litigants] cite no situation of any person ever suffering secondary amyloidosis that was linked to foie gras," the judges wrote in their decision. "Stahlie has, at best, occasional exposure to a product that has not yet been connected by any actual case to the purported risk of harm alleged by petitioners."

The law firm representing the activists in the case is the Vincelette Law Firm in Albany, which is representing the Greene County town of Catskill in another notable local lawsuit, between Catskill and the Matreum of Cybele, a branch of Paganism.

Activists have also targeted Catskills foie gras producers outside the courtroom. In 2013, the Animal Liberation Front hacked into the website of Hudson Valley Foie Gras and published a list of the names and addresses of hundreds of customers.

Judge: Town's treatment of pagans may be discrimination