Wanna buy a newspaper? Dow Jones Local Media Group may be for sale 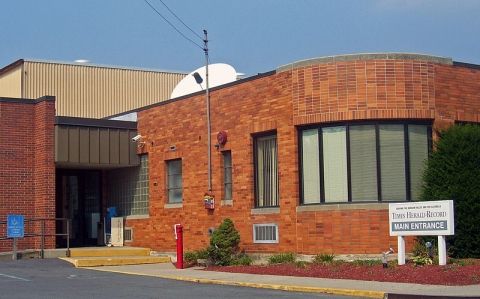 The News Corp-owned media group that publishes the Times Herald-Record may soon be on the market, according to a story this week in the Wall Street Journal (also owned by News Corp):

The company has hired Waller Capital, the New York-based investment bank, to shop the papers, in hopes of selling them before the company spins off its publishing assets into a separate company this summer, according to the people.

The Local Media Group publishes the Times Herald-Record, along with seven other community newspapers.

The Wall Street Journal floated Warren Buffett's Berkshire Hathaway and the Halifax Media Group, both of whom have been making investments in community news lately, as potential buyers.

In a story that ran without a byline, the Times Herald-Record itself offered few details about the potential sale.

The Times Herald-Record is the main daily covering Sullivan and Orange Counties, and has been expanding its coverage of Ulster County in recent years.

It's a tough time for newspapers, and the Catskills region is no exception. This week, the bankruptcy sale of the company that publishes the Kingston-based Daily Freeman is slated for completion; the sale was initially expected to close on Tuesday, but has been delayed.

In a crafty -- but legal -- bit of corporate sleight of hand, the Freeman's parent company, the Journal Register Company, is being sold from one arm of owners Alden Global Capital to another. Alden has used the bankruptcy process to shed both debt and obligations to workers, before selling the JRC to a subsidiary. In the process, the Freeman lost 11 jobs, including four in the newsroom.

Just ended my last shift @dailyfreeman Been an interesting 9 years, 9 months. Both sad and a relief.