Julian Schreibman looks past primary to a showdown with Gibson 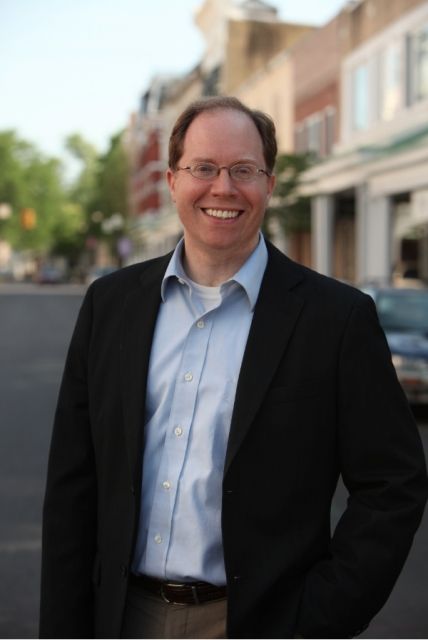 On Tuesday, June 26, Julian Schreibman will face opponent Joel Tyner in a primary to run on the Democratic ticket in this November's Congressional election. The winner will challenge Republican incumbent Chris Gibson, who currently represents New York's 20th District, in the race to represent the newly redrawn 19th Congressional District.

Schreibman spoke to the Watershed Post as part of our series of interviews with the candidates for the new 19th Congressional District, which spans the Catskills and Hudson Valley regions. The state's new Congressional districts were drawn by a panel of federal judges, after state legislators failed to agree on district lines.

To compare New York State's new Congressional district lines with the old ones, check out this interactive map from the New York Times.

Julian Schreibman: The core message of my campaign is fundamental fairness. The way Washington operates today gives people less of a fair chance. We want to return to the days when Harry Truman could say that every American deserves a fair deal from their government. That means everyone’s included.

I grew up in Ulster County…I had a chance to live the American Dream in a very real sense. But I deeply believe that the policies pursued by Republicans in Washington for the past quarter-century have made the American Dream something that is available to fewer and fewer, and that is rationed based on privilege and wealth instead of merit and opportunity. That’s why I’m running.

WP: What do you think of the new 19th Congressional District?

JS: I think it’s a wonderful district. The judge did a tremendous job of keeping the communities of the Hudson Valley and Catskills together. There are a lot of common interests around the district, be it agriculture, tourism, small businesses, small hamlets and villages that are struggling to thrive in an economy that has been very hard.

WP: You hope to be running against Republican Representative Chris Gibson, but before that you face a primary against fellow Democrat Joel Tyner. Any thoughts on your opponents?

JS: We’re certainly focused on Congressman Gibson and his record. He has a reputation of being a nice fellow. That’s all well and good, but the fact is, he’s compiled a voting record that has been harmful to the communities he’s supposed to be representing.

The decisions that are made in Washington have a very deep and direct effect on [voters’] lives today and the prospects for their kids in the future. To me, that’s the most important thing to focus on, rather than any smaller disagreements between two people that are in the same party and, to a large extent, share core values and approaches.

In addition, Mr. Gibson has a significant amount of money in the bank…and is going to be able to get his message out. So I’m focused on ensuring that my message gets out with respect to the clear choice between what my representation would be for the community and what his record has been.

JS: That’s correct. I have spent the majority of my professional career has been in non-partisan public service. I was an attorney at the Central Intelligence Agency, ensuring that agency abided by the law and helping the Department of Justice bring terrorists to justice through the correct way of dealing with terrorism: through the criminal justice process. Then I was a federal prosecutor in New York and an Assistant District Attorney in Ulster County. Now I am asking the voters of this community to let me bring that experience to Washington. Congress is clearly not working. …I think that the tenacity and straight-shooting attitude of a prosecutor will be very helpful there.

WP: Congressman Gibson served in the military, while you served with the CIA. That’s interesting for a congressional race.

JS: It certainly is. For a first-time challenger to have national security experience is definitely an unusual quality. I think it positions me very well for the race. I’m looking forward to having a very direct conversation with Congressman Gibson on issues of national security, law enforcement, and defense policy – all of those areas.

WP: As a Catskills native, how do you connect to the Hudson Valley area?

JS: We call Ulster County the place where the Hudson Valley meets the Catskills, right? It’s a part of connecting the river to the mountains. …There’s a lot of commonality of interest between the valley and the mountains. I wouldn’t divide them at all, really.

WP: Where do you stand on fracking?

JS: I have a lot of concerns about fracking. No one wants to be dismissive of opportunities to have more and cleaner energy. Obviously gas is not the cleanest form of energy. I am a strong supporter of alternatives…but there’s also no question that gas is better than oil and coal.

If it were all on the surface in a tank that would be wonderful, but it’s not. And the process by which it’s proposed to be extracted raises a huge number of questions. …It’s hard to get answers to those questions when you have a law that allows the industry to not tell us what chemicals are going into the ground. To me, the burden is on those who want to proceed with this to assure us that it will be done safely and that the benefits will really accrue to the community.