Did the New York Power Authority cause flooding in the Schoharie Valley? 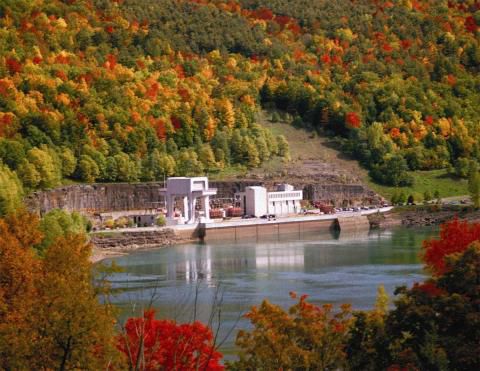 At the year's first meeting of the Schoharie County Board of Supervisors last week, the county took the first step towards suing the New York Power Authority for playing a role in the flooding that devastated the Schoharie Valley during Hurricane Irene last August.

According to the Schoharie County Times-Journal, which covered the meeting, the Board of Supervisors hired the Albany law firm of Couch White, LLP to file a notice of claim against the NYPA, which will give the county a year to decide whether to take the next step of filing a lawsuit.

The Schoharie Board of Supervisors has been talking about suing the NYPA since December, when the county's director of emergency services brought up the topic at another meeting.

Both the Times-Journal and the Mountain Eagle covered the December meeting, at which county officials accused the NYPA of releasing a surge of water from its Blenheim-based "pumped-storage power" facility during the flood and of refusing to explain it afterwards.

From the Mountain Eagle:

Schoharie County Emergency Services Director Judy Warner said evidence points to the fact a large release of water from NYPA’s Blenheim-Gilboa Pumped Storage Project, located in the town of Blenheim along the Schoharie Creek, caused a surge of water downstream.

Warner said on the day of disaster, data indicates overflow from the project increased from 25,000 cubic feet per second (cfs) to 100,000 cfs in about an hour. She also said a letter sent to NYPA requesting information about the release has, thus far, gone unanswered.

Earl VanWormer of Esperance called it a "major release that raised the water level significantly."

Jim Buzon, the supervisor-elect from Middleburgh said a release of 20,000 gallons could have raised the water level about three feet and recommended legal action.

"They don't respect this county," Dennis Richards, the current supervisor from Middleburgh.

The amount of information released by the Power Authority has been much less after the August 28 flood than after the flood of January 1996, he said.

The Power Authority, he said, is hiding behind the Homeland Security rules.

"You can't control what comes out of the heavens," he said, but what was released was not controlled.

Judith Warner, director of the county's emergency management office said a release caused a surge of water and a letter asking for an investigation of the water release was sent. There was no response.

Any lawsuit filed against the NYPA by the county will only cover claims of county property that was damaged by the flood. After the notice of claim is filed and accepted, the county will have a year to file the lawsuit itself.

This isn't the first potential Irene lawsuit in the region. Late last year, a Prattsville attorney filed a notice of claim against the New York City Department of Environmental Protection for allegedly causing flooding in Prattsville.

The NYPA has been accused of causing flooding in the Schoharie Valley before. In 1987, two private citizens sued the NYPA for causing flooding that damaged a mobile home and a motel during a heavy April rainstorm. An article in the Schenectady Gazette from July 18, 1987 has the details.