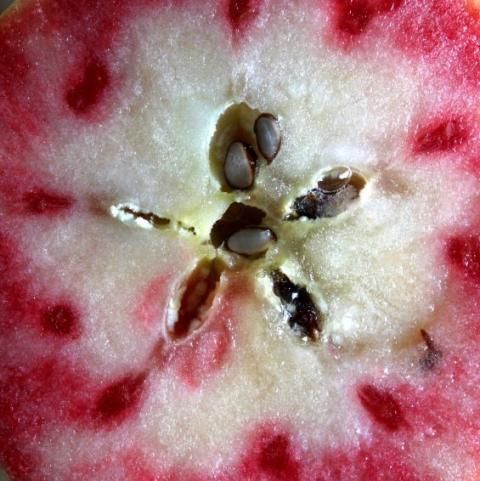 The Apple Project, a scion of local farm advocacy group Glynwood, is sparking a revival of old-school cidermaking in upstate New York and the Hudson Valley. (And by old-school cider, we're referring to what the rest of the world outside of the United States thinks of when they hear the word "cider" -- a tart, effervescent, fermented elixir that bears little resemblance to the sweet brown stuff that comes in plastic half-gallon jugs at the supermarket.)

The Apple Project's founders hope that by encouraging a revival of traditional cidermaking in the Hudson Valley, they can spur the development of a high-value product for local farmers, help increase local apple biodiversity, and encourage farm tourism in the region.

With the renewed interest in eating and drinking local, including the opening of some new distilleries such as Tuthilltown Spirits in Ulster County and Still The One in Port Chester, it's the perfect opportunity to bring back awareness.

"The apple is such an emblem of the place we live, it's symbolic, so I think all of that is tied up in the revival in apple-based beverages," says [farmer and Apple Project cofounder Derrick] Mead. "It has to do with wanting to know where your food and drink is coming from, bigger identification with the place we live and the history that we have not all been familiar with."

Among the fruits of the Apple Project's labors: A Cider Route, with a map to the Hudson Valley's pick-your-own orchards, cidermakers and apple growers; an Apple Exchange, which will bring local orchardists together with Normandy cidermakers for collaboration and cultural exchange; and an annual Cider Week to celebrate the bounty of the season.

In an article earlier this year in Edible Manhattan on the Apple Project, Glynwood's Sara Grady makes the case for a hard-cider renaissance in upstate New York:

Orchards were razed in the name of sobriety, and apples were recast as a fruit for healthy eating. Today America is home to only a quarter of the 20 million apple trees we grew in 1900, and our apple diversity has been pared back to just a few varieties. Most of the apples we consume are drunk as juice reconstituted from concentrate, 82 percent of it imported, mostly from China.

Mention alcohol made from apples today and most New Yorkers will think you mean one of two things: either cloyingly sweet, mass-produced hard cider that’s sold by the six-pack; or rarefied apple brandy from France that will set you back several Hamiltons. Although New York’s storied orchards remain a core of the upstate economy, with apple yields second only to Washington State’s, local apple alcohol—meaning hard cider, or brandy distilled from it—can be as hard to find as hand-churned butter. It's time for a revolution.

In mid-October, when the harvest is coming in and cider presses are working overtime, apples are on everyone's mind in the upstate "Apple Belt." And while the Big Apple may be more inured to the rhythm of the seasons than we are in the Catskills, local-food devotees are keeping the spirit of the season alive even in the concrete and steel heart of Manhattan. This week, Glynwood -- along with participating cidermakers and New York City restaurants, bars and merchants -- celebrates the first-ever Cider Week, with dozens of tastings, dinners, fetes and meet-the-cidermaker events.

I'd like a drink of Applejack, or a little drink of ale
That good old stuff Abe Sammons made in the town of Rosendale
You can have your running rivers, your cozy mountain shacks
But just drain all the oceans and put in Applejack