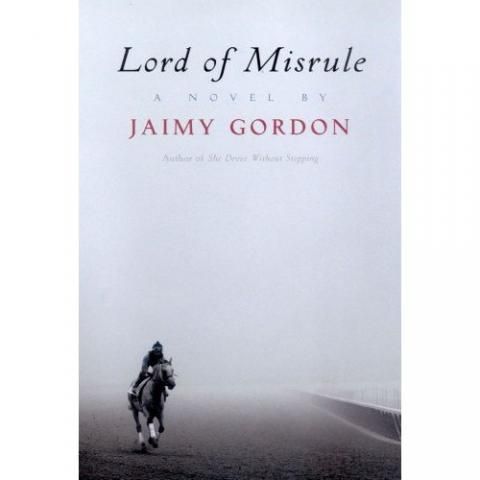 File under: Their Diamond Shoes Are Too Tight.

McPherson & Co., a small indie publishing house in Kingston, is facing a tricky problem: A title slated for release on Monday, the novel Lord of Misrule by author Jaimy Gordon, has been nominated for a National Book Award.

The award, one of the most prestigious in the literary world, will be announced next Wednesday. But the publisher won't know whether it's won until after it goes to press. How many copies should they print?

When Jaimy Gordon's fourth novel, "Lord of Misrule," was chosen as one of five works nominated for a National Book Award in fiction on Oct. 13, it was a spectacular moment for an author who has been writing for decades.

But for the small literary house McPherson & Co. in Kingston, N.Y., the nomination represents a quandary: how many copies should it publish? If it prints too many, McPherson risks drowning in a sea of returned books in three months. If it prints too few, it may miss out on what could be its biggest selling title.

The novel itself sounds like a hell of a read -- a horse-racing novel populated with shady characters, and set not at a posh upper-crust racetrack but deep in the backwoods of West Virginia. From Lord of Misrule's listing on Amazon:

There are no roses or mint juleps here. This is the down-and-dirty world of claiming races, and everything is hazed with the gritty patina of desperation. Thyrough her considerable gifts, Gordon fully inhabits this seldom-seen world of trainers, dreamers, gamblers, and grifters. At turns comic, heartbreaking, and lyrical, Lord of Misrule is a brilliant achievement."--Don Lee, author of Wrack and Ruin