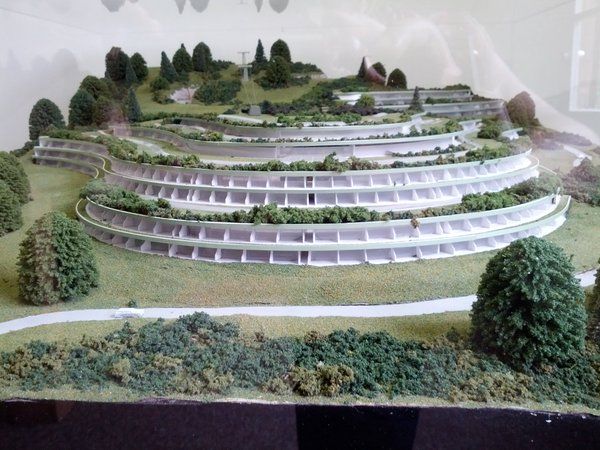 In a meeting on Wednesday evening, the Shandaken Zoning Board of Appeals voted to affirm that Belleayre Resort developers' plans for more than 200 condo-style "lodging units" do not violate the town's zoning law.

The decision is the latest development in the 17-year saga of the Belleayre Resort. Once fiercely controversial in the region, the ambitious resort project was the subject of a 2007 landmark agreement between developer Crossroads Ventures, environmental groups, New York City and the state of New York, a deal brokered to scale back the size of the resort. But even in a downsized form, the resort was subject to a long and complex environmental review process at the state level before developers could even seek permits from Shandaken and Middletown, the towns straddled by the mountaintop resort site.

Along the way, the developers have faced continued opposition and litigation from the Catskill Heritage Alliance, an organization representing a small group of wealthy neighboring landowners and local environmentalists.

The Shandaken Planning Board voted to issue permits for the Belleayre Resort more than a year ago, but the permits were held up by a lawsuit by the Catskill Heritage Alliance, who argued that the lodging units were not covered by the town's zoning law, and that the Planning Board acted beyond its authority by granting permits for them. A court ruling issued by Ulster County Supreme Court Judge Richard Mott last October referred the issue to the town zoning board for a decision on whether the lodging units, which the developers plan to sell as timeshares, are allowed in residentially-zoned areas like the land slated for the resort.

In a letter to the Zoning Board of Appeals asking them to take up the issue, the Shandaken Planning Board suggested that the zoning board could define the lodges as "for transient occupancy," similar to a hotel or motel -- a permitted use under local code.

At a public hearing held by the town last December on the issue, sentiment was largely in favor of allowing the resort plans to proceed, although several commenters urged the zoning board not to show favor to the resort in their interpretation of the law.

The zoning board's decision on Wednesday paves the way for the Planning Board to issue permits -- unless they are challenged again in court.

In a statement Wednesday evening, Kathy Nolan of the Catskill Heritage Alliance expressed disappointment with the zoning board's decision, and said that the group was "evaluating our options":

We are disappointed that the ZBA decided to follow the Shandaken Planning Board in bending over backward to find a way to permit Crossroads Ventures to place multiple-family dwellings, or 'condominiums,' in residential zones. This is an important decision, and we are concerned that letting the ZBA's decision stand could open the door to massive over-development, not only at the site of the proposed resort but throughout Shandaken. We will be evaluating our options, both in regard to this case and in regard to our action against Crossroads and the New York State Department of Environmental Conservation. Meanwhile, the Catskill Heritage Alliance continues to support New York State providing funds on a regular basis to upgrade the Belleayre Mountain Ski Center and to expand nearby offerings to include mountain biking and more opportunities for cross-country skiing.

Crossroads spokesman Gary Gailes applauded the ruling, saying in a statement that the ZBA's action brings the resort project a step closer to fulfillment:

Clearly the ZBA, together with their attorney, gave considerable attention to the matter before them, namely to provide the planning board with an interpretation of what a "lodge" is in a vacation resort and that the lodge units planned for the Belleayre Resort were in conformity with existing zoning regulations. The fact that the ZBA's decision was unanimous should put an end to this latest effort by the Catskill Heritage Alliance to delay the resort project from moving forward. Crossroads looks forward to the day when the resort project can begin to fulfill its promise to help restore the region's economic vitality. This decision by the ZBA brings that day ever closer.

Permits not the only roadblock

Even if permits are issued and the litigation ends, developers have another obstacle in their path: The state-owned Belleayre Ski Center next door, whose facilities are showing their age.

In 2015, the New York State Department of Environmental Conservation adopted a Unit Management Plan (UMP) calling for a $75 million investment in upgrades to Belleayre. But so far, the Olympic Regional Development Authority, the quasi-public authority that runs the ski center, hasn't shown any signs of acting on the plan, nor has the state stepped in to fund it through the budget process.

At a recent appearance in the Adirondacks, Gov. Andrew Cuomo promised $20 million for ORDA in the state budget for upgrades at Gore and Whiteface, but made no mention of Belleayre, prompting outrage from the local business community and a petition drive urging state officials to fund Belleayre in this year's budget.