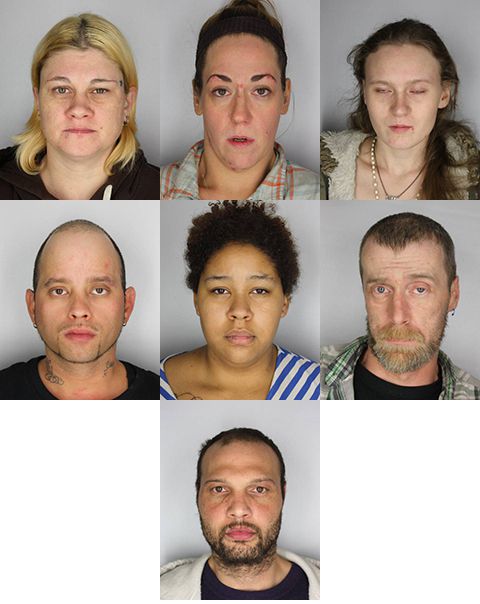 Seven people were arrested in a raid on a meth lab operating in a home in the Delaware County village of Walton on Tuesday, Jan. 26, according to a press release from the Delaware County Sheriff's Office. Three children were rescued from the scene and were placed into immediate foster care, police say.

The Delaware County Sheriff's Office Criminal Investigation Division has been investigating the sale and manufacture of methamphetamine in Walton, and on Tuesday morning the division obtained a search warrant for a property located at 116 East St. in Walton.

Above: 116 East St., the site of an alleged meth lab in the village of Walton. Image via Google Street View.

The home was allegedly the site of "an active, clandestine methamphetamine laboratory," and multiple agencies gathered on Tuesday evening to execute the warrant.

Seven adults and three children were in the building at the time of the raid, police say. The three children, who are not being identified, "were provided immediate medical evaluation for potential contamination of toxic chemicals" and subsequently placed into "emergency foster care," the press release states.

The seven adults were arrested. They are:

Nash was additionally charged charged for possessing suboxone and Johny Uhl was charged with possessing cocaine and marijuana, police say.

"The fact that parents would allow their children to be exposed to these situations is both sickening and heartbreaking," he said.