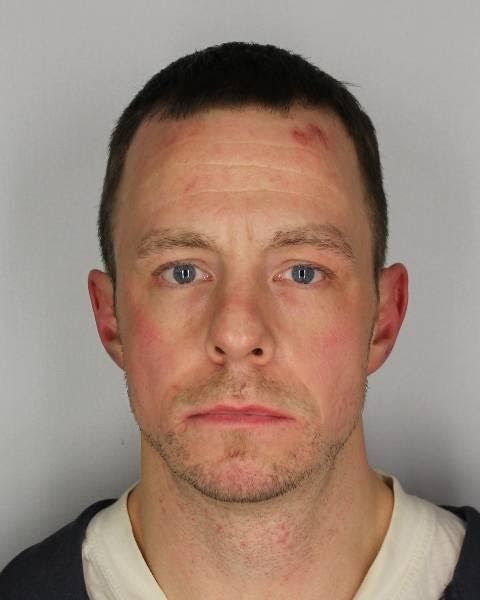 Police say a Stamford man caused a dramatic scene at a local restaurant last Thursday, assaulting a restaurant patron and then fighting with first responders who showed up to handle the fracas. The man, 35-year-old Brian Bennett, faces charges of second-degree governmental obstruction, second-degree felony assault and second-degree assault on a police officer, and has been jailed on $10,000 bail.

The incident happened on Thursday evening outside Vasta's Bistro in the village of Stamford. Vasta's owner Kurt DuBois didn't witness the fight first-hand, but he told the Watershed Post that the events unfolded after his bartender refused to serve Bennett any more alcohol.

According to DuBois, the patron -- a regular at Vasta's -- tried to defuse the situation, and offered to drive Bennett home. Outside the restaurant, Bennett allegedly attacked the man, leaving him with a fractured vertebra.

"Out of the blue, from what my patron said, the guy went off and jumped him, started punching him and got on top of him," DuBois said.

The man managed to shake Bennett off and ran back into the restaurant, locking the door behind him, DuBois said. Bennett pursued him back to Vasta's, where a group of Stamford EMTs who happened to be eating dinner there managed to subdue him and ziptie his hands.

"I guess the guy fought all four of them," DuBois said. "One of the EMT's windshields got broken."

State and local police responded to a 911 call at 10:15 p.m., and the man continued to fight first responders, said Delaware County undersheriff Craig DuMond. "He attempted to assault firemen on the scene," Dumond said.

During the fight, Bennett allegedly kicked a uniformed Delaware County sheriff's deputy in the face.

"Our deputy has been released, and he's back in service at this point," DuMond said. "It was one of those situations where I was glad everything worked out OK for our guy."

The restaurant patron who was assaulted is no longer in the hospital, DuBois said.