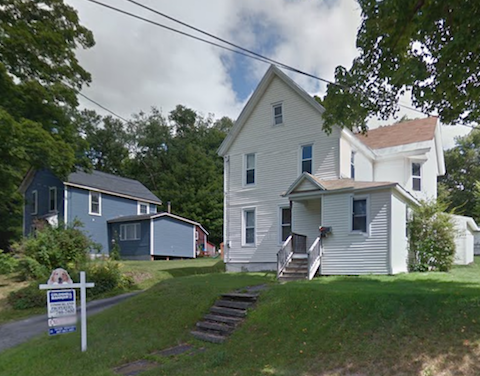 Police and firefighters narrowly avoided being trapped in an intentionally-set explosion in a house in Walton on Monday, Jan. 11, according to a press release from the Walton Police Department.

First responders discovered a fire in the house, 52 Burton St. in the village of Walton, at 11:15 p.m. on Monday night. Officers from the Village of Walton Police Department and the Delaware County Sheriff's Office extinguished the fire as soon as they discovered it, and called in the Walton Fire Department for help, police say.

The first responders were then forced to flee the structure because they were "nearly overcome by smoke inhalation," according to the press release. As they were leaving the building, they noticed a hissing sound.

Despite the smoke, they went back into the building and discovered an open natural gas line in the area where the fire had been. Natural gas is highly explosive, and had the gas ignited, the house could have exploded with the first responders inside. The explosion could also have affected neighboring houses, police say.

The Walton Fire Department "immediately shut down" the natural gas line to the house, "averting a potential explosion and the death or injury of nearby residents, fire fighters and law enforcement members," the press release states.

The house was purchased by a Hamden contractor, Henry P. Stellato, in 2014, according to the Catskill Mountain News. Stellato was planning to renovate the home, which formerly belonged to the estate of Robert Kinch, according to the paper.

Police investigating Monday's fire say that Stellato asked another man, 31-year-old David A. Thompson of Walton, to intentionally set the fire and open the natural gas line to destroy the house.

Thompson has been arrested and charged with third-degree arson, second-degree burglary, first-degree attempted criminal mischief and first-degree reckless endangerment, all felonies, according to the press release.

From the press release:

Stellato is accused of conspiring with Thompson who unlawfully entered the residence and intentionally caused a fire and attempted to cause an explosion within the residence at the request of Stellato. The residence sustained minor damage as a result of the fire.

“[Walton Police] Chief [Paul] Olsen and I are very proud of the selfless and heroic work of our officers as well as the quick stop of the fire made by members of the Walton Fire Department," said Delaware County Undersheriff Craig DuMond, according to the press release.

"A tragedy was certainly avoided due to the courage and bravery of the personnel involved," he said.