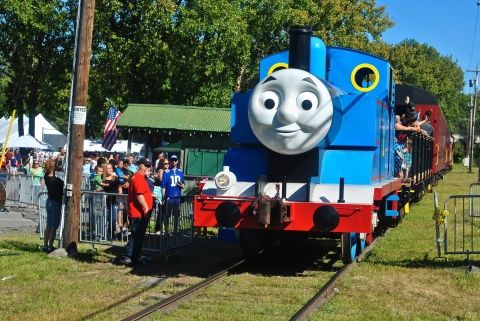 Ulster County is preparing to file more litigation in an attempt to evict the Catskill Mountain Railroad from county-owned train tracks, according to Ernie Hunt, the spokesman for the railroad, and Ulster County Legislator David Donaldson.

Hunt said that the railroad’s lawyers received notice on Tuesday, Jan. 13 that Ulster County would soon appeal a September decision by Ulster County Supreme Court Judge Richard Mott that prevents the county from evicting the railroad.

Donaldson sent a letter to Ulster County Executive Mike Hein on Thursday, Jan. 15 decrying the county's decision to appeal the case, writing that the move was "just more legal maneuvering and a continued waste of County resources and tax dollars."

"To appeal this decision seems to be using the deep pockets of the taxpayers to bleed the [Catskill Mountain Railroad] dry and to assure their successes are few," Dondalson wrote. "Your latest action will just drag out this litigation for several more months. Wouldn’t this money and time be better spent to promote tourism rather than trying to stifle new and successful tourism efforts?"

Ulster County officials did not return multiple calls for comment on Friday, Jan. 16.

The county argued that the railroad had defaulted on its lease, which runs to May 2016, by neglecting the train tracks and by maintaining slipshod financial records and rent payments. Hein had hoped to replace the railroad with a pedestrian rail trail.

The railroad filed a lawsuit contesting the county’s eviction, and the county filed its own counter-lawsuit. The two parties have been locked in litigation ever since.

Judge Mott, who is presiding over the case, has repeatedly ruled that he will not allow the county to evict the railroad until all litigation is resolved.

“From our point of view, this is taking this thing to another level,” he said.

News of a possible appeal came as a surprise to the railroad, because in December, Hein softened his stance towards railroad operations in the city of Kingston.

On Dec. 8, Hein announced a new plan that would allow both rails and trails to coexist within city limits.

In a press release sent out on Dec. 8, Hein cast his new plan as a compromise between rail proponents and trail opponents:

“There are undoubtedly passionate and conflicting opinions with respect to the appropriate use for the County-owned U&D corridor that runs from Kingston to Highmount,” stated County Executive Hein. “While this complex issue has been the source of ongoing and passionate debate between rail and trail advocates recently and for several decades, my administration has continually remained focused on creating a solution that benefits the largest number of Ulster County residents. The plan I am releasing today is consistent with my vision to develop a world-class, interconnected rail trail system connecting the Walkway Over the Hudson to the Ashokan Reservoir while also preserving future tourism railroad operations in the City of Kingston.”

The press release also said that Ulster County would put out a bid for operators of Kingston's tracks once the Catskill Mountain Railroad's lease is up:

The County Executive’s alternate plan in no way predetermines any potential future operator on segments identified for potential railroad use, which will be determined through the RFP (Request for Proposal).

As it fights the county in court, the Catskill Mountain Railroad has also launched an ambitious campaign to prove that it is an asset to the region. The railroad held several successful events in the city of Kingston 2014 for children and families, including a Charlie Brown-themed Great Pumpkin Patch excursion, a Thomas the Tank Engine event and Christmas-themed Polar Express ride.

Hunt estimates that the railroad has spent $340,000 on legal fees in the dispute.

The Catskill Mountain Railroad wants to sit down with Hein and hammer out a settlement, Hunt said. But Hein’s office has refused to meet with railroad officials while the litigation is ongoing, he said.

“After how we’ve performed and how we brought in all the visitors, why can’t we meet with you and discuss things and work out a compromise?” he said, addressing the question to Hein.