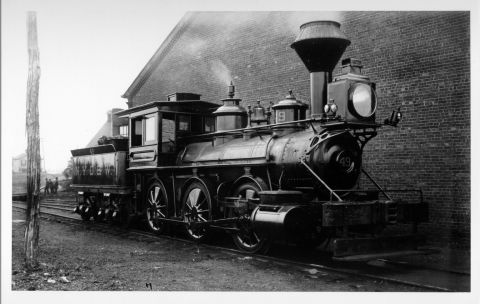 Forgotten history is what interests filmmaker Tobe Carey most. His latest film, the documentary Rails to the Catskills, is an attempt to encapsulate the history of the railroad lines that abounded in the Catskills area for much of the late 19th and early 20th centuries.

"I had been asked for years to make a film about the railroads," Carey said. “Many people don’t have a sense of the vibrant railroad industry.”

The 95-minute film, which will premiere on Sunday, June 1 at 4 p.m. at the Mountain Cinema, Doctorow Center for the Arts in Hunter, highlights the cultural and economic impact the railroads had on the area.

According to Carey, the film tells the story of the railroads in chronological order — beginning with its predecessor, the Delaware and Hudson Canal — and its original intent to “connect waterways.”

Carey said the film traces these railroad lines — all of which have a similar trajectory — from their emergence after the Civil War, through prosperity in the Gilded Age to eventual mergers and bankruptcy in the 20th century.

“[The railroads] have an interconnected history and mostly developed at the same time,” Carey said.

He said he found the antiquated material for the film from libraries and the internet, including the Library of Congress.

Carey said he was also fortunate enough to find cooperative local collectors who held pieces of railroad history that they were willing to share for the movie.

While history and classic railroad images comprise the majority of the film, the last 15 minutes cover the controversy surrounding the future of the former Ulster & Delaware tracks in Ulster County.

The tracks stretch 38 miles from Kingston to Highmount and are being leased to the Catskill Mountain Railroad (CMRR), a tourist operation since 1983, by Ulster County, which own the tracks.

Currently, the CMRR only operates its tourist trains on two 2.5 mile segments of the original railroad tracks — one between Kingston and Ulster, and another between Phoenicia and Boiceville.

Due to damaged tracks, the railroad does not run trains between the two sites, although it has long been a goal of the CMRR to refurbish the tracks and connect the two portions.

However in December, the New York City Department of Environmental Protection (DEP) gave Ulster County $2.5 million to help fund an 11.54-mile pedestrian trail in place of the rail trail along the Ashokan Reservoir.

The CMRR’s lease is up in May of 2016, but Ulster County has threatened to terminate it. The case is expected to be heard in court in October, according to the Daily Freeman.

The last section of Rails to the Catskills documents the ongoing conflict between Ulster County and the CMRR over the future of the unused rails.

Rails to the Catskills will premiere on Sunday, June 1 and June 8 at 4 p.m. at the Mountain Cinema, Doctorow Center for the Arts, Theatre 2, 7959 Main St, Hunter. Tickets are $15 and profits will go toward the Mountain Top Historical Society.

Correction: In a previous version of this article, it was written that the film covers the controversey surrounding the future of  the Delaware & Ulster railroad, instead of the former Ulster & Delaware tracks.

Below: Volunteers working on the Catskill Mountain Railroad, west of the C9 bridge over the Esopus Creek in Kingston. Photo courtesy of Tobe Carey. 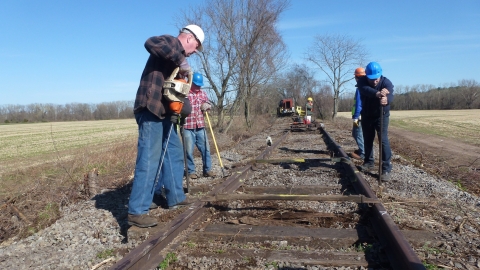 St. Patrick’s in the Catskills: Where to get your Irish up
Introducing: A Kingston foreclosure hotline