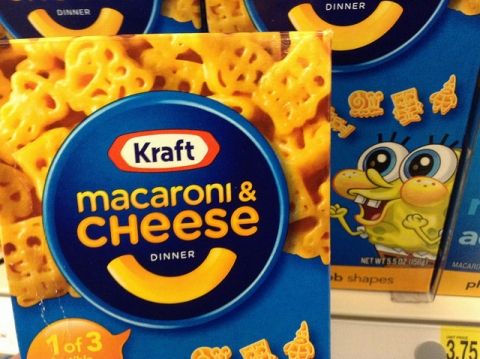 Above: Kraft macaroni and cheese. Photo by Mike Mozart, via Flickr.

A Kraft Heinz manufacturing plant in the Delaware County town of Walton that was slated for closure has been saved in an eleventh-hour deal struck by Gov. Andrew Cuomo and U.S. Senator Chuck Schumer, according to a press release issued on Wednesday, Nov. 4.

The plant, which produces sour cream and cottage cheese under the Breakstone's label, will remain open for at least five years, saving 141 local jobs, Cuomo and Schumer said in the statement:

Second, Kraft-Heinz will reverse the planned closure of the Walton facility in Delaware County. The Walton facility employs 141 people and produces cottage cheese and sour cream. The facility was slated for closure and all 141 jobs would have been eliminated. The agreement reached today will save the Walton plant and all 141 jobs for at least 5 years, ensuring that there are no layoffs or reductions at the facility.

The plant had been on chopping block since Kraft was purchased by 3G Capital, a private equity firm known for aggressive cost-cutting, last summer.

According to the press release:

The merger triggered an internal company review which put the facilities at Avon, Walton and Campbell in line for closure – thereby reducing their total employment in New York State by 939 jobs and leaving Lowville as the company’s only facility in New York State. Upon hearing of the merger and associated review, Governor Cuomo and Senator Schumer each contacted Kraft-Heinz CEO Bernardo Hees to express the urgency of retaining employment in New York, and worked collaboratively with the company in negotiating this deal in order to save as many jobs as possible and ensure future investment and growth.

Schumer called the deal a "win-win" for uptate jobs and dairy farmers.

"New York Kraft factories in Avon, Walton, Campbell and Lowville were in the crosshairs, and thousands of families were at severe risk of losing their jobs," he said in a statement. "But working together with Governor Cuomo we were able to craft a deal with Kraft-Heinz that saves these factories from closure; that protects jobs; and that invests in growth for our future in each of these communities."

Cuomo said that the deal avoided what would have been devastating ripple effects in the upstate economy.

"This agreement reverses course and, saves hundreds of local jobs and commits Kraft-Heinz to invest millions of dollars in the Upstate economy, with the potential for job increases in the years to come. I thank Senator Schumer and Kraft-Heinz for working with us to protect jobs in these communities and help ensure the future of each of these plants."