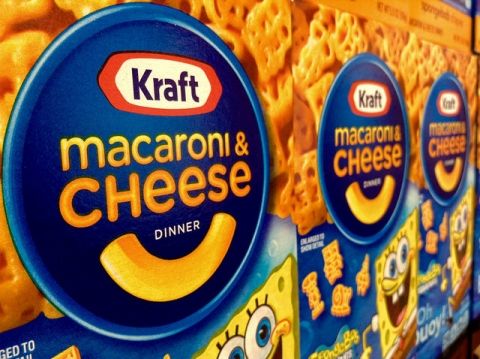 Above: Kraft Macaroni and Cheese. Photo by Mike Mozart, via Flickr.

The Kraft Heinz Company, a giant food corporation that formed last summer when H. J. Heinz merged with Kraft Foods Group in a mammoth deal backed by Warren Buffett, will likely close a factory in the Delaware County town of Walton that employs 150 Catskills residents.

The Walton factory, which produces sour cream and cottage cheese, is one of Delaware County’s largest employers, according to Glenn Nealis, the county’s Economic Development Director.

“This is a potential major impact to the village of Walton, and for the county as a whole,” Nealis said.

Since Kraft and Heinz merged in July, Kraft Heinz has been controlled by 3G Capital, a private equity firm known for ruthless downsizing, according to Fortune Magazine.

Soon after the merger, Kraft’s CEO, John Cahill, told employees that “cost-cutting will be a focus,” according to Crains Chicago Business. Since then, the Kraft Heinz has slashed 2,500 positions in the U.S. and Canada.

Last week, a spokesman for Kraft Heinz told the national business press that factories in New York, including the plant in Walton, would probably be next on the chopping block. From the Wall Street Journal:

Kraft Heinz spokesman Michael Mullen said three New York factories employing a total of 940 workers are “under close review, and an announcement about their future will be communicated in the next week or so."

Those news articles were the first local officials heard of the plant’s potential closure, according to Nealis.

“We heard about it last Wednesday when the first news articles about this being a possibility came out,” Nealis said. “They’re having a meeting this week and at the end of the week or early next week they will disclose what is going happen in the future.”

A public Kraft Heinz conference call discussing the company’s third-quarter earnings is scheduled for Thursday, Nov. 5. You can watch the conference call, which might include news about the possible closures, by clicking here.

Nealis said that despite his efforts and the efforts of U.S. Senator Chuck Schumer, Gov. Andrew Cuomo and state economic development officials, Kraft Heinz has not approached his office to discuss possible incentives to remain open.

Incentives can work wonders: Nealis was integral to building a package of grants and offers to keep Amphenol, Delaware County’s largest employer, from moving out of the region in 2013.

Unlike Amphenol, Kraft doesn’t appear to be interested in bargaining for tax breaks or grants in exchange for keeping its Walton plant open.

“There has been no conversation saying, ‘If only this, then we would be able to stay,’” Nealis said. “When there’s a problem identified, it’s easy to come up with a solution.”