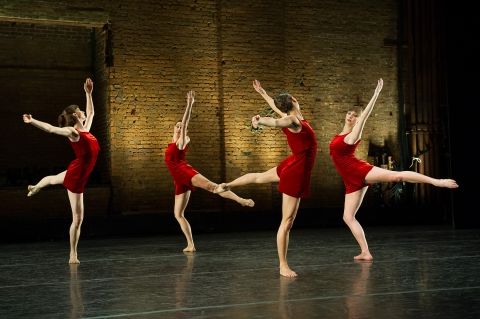 Mount Tremper Arts (MTA) has come of age. The cultural center, founded by photographer Mathew Poikok and choreographer Aynsley Vandenbroucke, has been slowly building in scope and reputation since its inception in 2008. Seven years down the line, MTA has appointed an executive director, Abigail Guay, to handle administration and development duties. The artist-run center has also received funding from the National Endowment for the Arts for the first time.

That, and Poikok, who’s been the only full-time staffer for most of MTA’s existence, can finally take a breather.

“I recently smiled for the first time in four years,” he says. “What we’ve been really working on for the past few years is taking [MTA] from an all-volunteer mom-and-pop shop to a nationally significant arts nonprofit. It’s a really wonderful movement forward for the organization.”

Here’s a brief rundown of the music, dance and theater performances on the roster for this year’s Summer Fest:

Now in its fourth year of residence at MTA, this new-music outfit will kick off the festival with a two-night stand. The group will perform works by ICE percussionist Nathan Davis on Friday; on Saturday, they’ll take on pieces by legendary experimentalist Christian Wolff (a member of John Cage’s circle) in honor of the composer’s 80th birthday. July 11, 12

“At Maverick Concerts in 1952 [in Woodstock], the pianist David Tudor premiered John Cage’s 4′33,″ which was one of the most significant artistic events of the 20th century,” Poikok says. “But what is often forgotten is that there were a number of other composers on that program, and Christian was one of them. We’re really excited to be able to bring Christian back up to this region 52 years later.”

Not only do you get heavyweight choreographer Tanowitz’s unique brand of postmodern ballet, you also get live accompaniment by the critically acclaimed neoclassicists of the FLUX Quartet. The headlining piece is Tanowitz’s Broken Story (wherein there is no ecstasy), a highly physical dance that examines themes of intimacy. July 18, 19

A partially improvised piece, Black Lakes features three dancers—Weena Pauly, Eleanor Smith and Workum herself—performing solos, duets and group pieces that come together and break apart throughout. As a choreographer, Workum is known for her unorthodox, spontaneous style. Aug 8, 9

Japanese-American choreographer Nishimura took her artistic cues from Tatsumi Hijikata, the founder of visceral dance discipline Butoh. The first piece, Princess Cabbage, is a solo piece that draws on Hijikata’s biography. The second, Quiet House, Ash Daughter, sees the audience seated in the center of the performance space while dancers move around them. Aug 22, 23

The Theatre of a Two-Headed Calf

The Obie Award–winning company, known for its spare collaborative style, will premiere its latest work, Jack Spicer’s Billy the Kid. Based on a 1958 poem by San Francisco cult scribe Spicer, the show will feature a combination of songs and recitations. July 25, 26

Employee of the Year is the latest creation from this avant-garde theater troupe, which is known for using non-professional actors in its productions. For this show, which tackles issues of loss and searching, the cast is made up entirely of nine to 11-year-old girls. But don’t be fooled—children’s theater this most definitely is not. Aug 1, 2

Musician and performance artist Hopkins mines her own life experience for A Living Documentary, a one-woman show about making it as a theater professional in ultra-competitive New York City. She takes on multiple roles in the course of the performance, and mixes biting comedy with musical numbers. Aug 15, 16

All performances start at 8pm. Single events are $20 each, or a season pass is $95. Visit mounttremperarts.org for details.