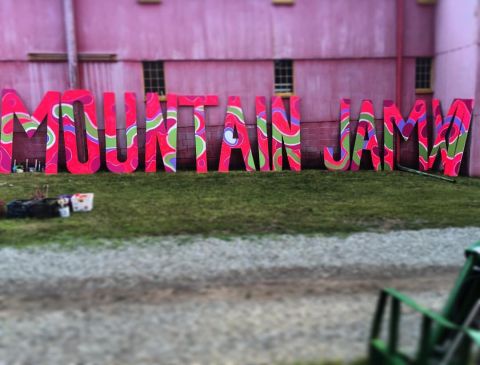 Originally conceived in 2004 as a one-day celebration of Woodstock radio station WDST’s 25th anniversary, the festival soon expanded to two days, then three.

The marquee is impressive, but Mountain Jam co-producer/WDST president Gary Chetkof recently spoke most enthusiastically of the newer faces at this year’s event.

“In 2015, we had more women-fronted bands [Alabama Shakes, Hurray for the Riff Raff, Lake Street Dive],” he said. “That was really cool. But for this Mountain Jam, I’m excited about the songwriters.”

“I hesitate to call them singer-songwriters,” Chetkof says, “because people picture the mellow, acoustic guitar thing. These performers front rock bands, and they’re superstars due to their songs–the lyrical content in particular. They’re all in their prime.”

Another aspect separating Mountain Jam 12 from all others is the addition of the extra day–Thursday, June 2, when a few thousand campers will be allowed in for a more intimate experience before the expected 12,000-strong crowd arrive for the weekend.

When asked what else makes 2016 different from the previous years, Chetkof said, “This is the most diverse Mountain Jam yet, with a lot more up-and-coming bands alongside the massive headliners. And we’ll have more events in Healey Hall, including a documentary film screening and a hula-hoop class. Also, there’ll be cannabis seminars with Jason Pinsky. So, a little controversy.”

Pinsky, the former tech director for Bonnaroo and the co-owner of Fette Sau, a popular BBQ restaurant in Brooklyn, is the CEO of Cannastract, a New-York-based cannabis company. He’ll give several cannabis-related talks that will cover marijuana branding to the history of weed in America.

Although Mountain Jam is bigger than ever, the event is still contained to the footprint of Hunter Mountain, with two main stages—the Valley Stage and the Mountain Stage—and two smaller stages inside Healey Hall. On the outskirts of the resort, the ever-popular camping grounds ring the acreage, keeping the whole event navigable and village-like.

In addition to booking out-of-town acts, Mountain Jam once again honors its home turf by tapping into Hudson Valley musical talent, offering sets from Marco Benevento, Elijah Wolf, Ratboy Jr., the Paul Green Rock Academy and Bari Koral, all local. The concessions and workshops also rely heavily on locals, with artisans and vendors from nearby townships setting up food trucks and booths alongside nationally recognized brands.

Amnesty International will be on hand, celebrating its 50th anniversary; the Hudson River Sloop Clearwater will teach people the importance of keeping the Hudson River clean; and attractions acts like Corey WhiteLight’s Circus of Fire and a psychedelic Grand Trash Dragon will keep things weird.

Every year, Mountain Jam offers an opportunity to be relieved of any cynicism regarding the enduring “Woodstock Nation” concept. In the first weekend of June, the dream is reality at Hunter Mountain.