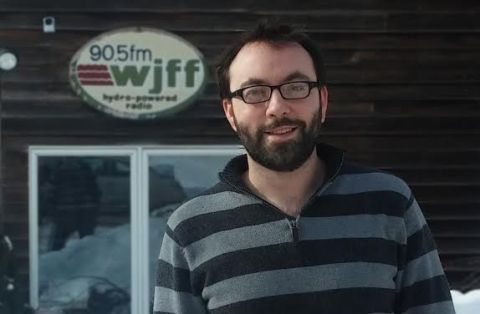 Public radio may sound genteel, but it can generate some fierce drama. Last year, WJFF, Jeffersonville's independent community FM radio station, was the epicenter of a painful controversy, when station volunteers and community members lashed out at WJFF management after the abrupt cancellation of a beloved local program.

This week, WJFF announced that Weinreich has been officially appointed as general manager of the station. In a statement, Sonja Hedlund, who was the only trustee not to resign last April and who now serves as president of the station's board, praised Weinreich's work at WJFF:

“In his years at WJFF, Adam has served in almost every capacity. It would be difficult to imagine a person more familiar with the workings of WJFF, more in tune with its mission, and more capable of leading the radio station into the future,” stated Sonja Hedlund, president of the Board of Trustees.

It's a vote of confidence in Weinreich, who for the past year has led the station out of bitter controversy and toward a better relationship with the station's volunteer hosts and the community.

The radio station, which is powered by a privately-owned hydroelectric dam nearby, broadcasts to part of the Catskills, Northeastern Pennsylvania and the Upper Delaware River Valley area. WJFF is celebrating its 24th anniversary this month.