More review in store for the Belleayre Resort? 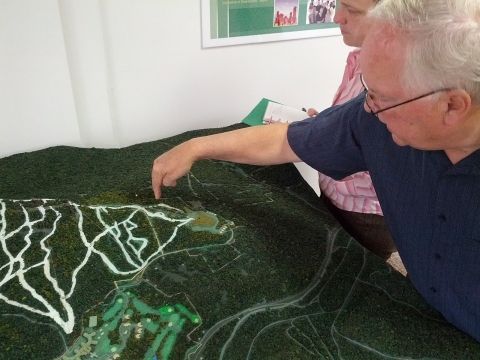 For months, backers of the long-planned Belleayre Resort project have been eagerly anticipating the end of the state Department of Environmental Conservation's lengthy process of environmental review.

The developer, Crossroads Ventures LLC, is eager to break ground on the project, which has been in the planning process for almost 15 years.

Town planning boards in the towns of Shandaken and Middletown, which the resort will straddle, are anxious to begin their own review process.

But before the state DEC can sign off on the project, clearing the way for permits to be issued, at least one more hurdle remains -- and it may not be a trivial one.

A legal process set in motion years ago to have an administrative law judge examine potential issues raised by the project is still open, and until it is officially dismissed or carried out, the Belleayre Resort cannot move forward.

Environmental groups that sought to downsize the project years ago will now have another chance to weigh in, and may seek to keep that process open in an effort to make further changes.

In 2007, a fierce battle over the size and scope of the resort was put to rest in a landmark agreement between Crossroads, New York State, New York City and several environmental and public-interest groups that significantly scaled down the size of the planned resort.

At the time, an adjudication process to review potential issues with the project, presided over by the DEC's Office of Hearings and Mediation Services, was already underway. The 2007 agreement effectively put that adjudication process in limbo, suspending it until DEC staff could complete their own review of the project's environmental impact statements.

The state DEC has now completed its review of the plans and environmental impact statements for the Belleayre Resort, as well as a separate plan for upgrades at the state-owned Belleayre Ski Center that lies next to and connects with the resort. The documents for the Belleayre Resort -- revised and re-revised multiple times over the last 15 years -- now run to tens of thousands of pages.

On Monday, Sept. 8, Lawrence Weintraub, a lawyer in the DEC's office of general counsel, filed a motion to dismiss the long-dormant adjudication process that was put on hold in 2007.

In a letter dated Sept. 10 and addressed to Louis Alexander, the assistant commissioner for the Office of Hearings and Mediation Services, Weintraub wrote that as far as the DEC was concerned, the adjudication process was not necessary, and a final adjudicatory hearing should be cancelled so that the agency can issue its final environmental impact statements for the Belleayre projects.

"Approximately 3700 comments were submitted on the draft impact statements and draft permits. Staff have carefully reviewed the substantive comments and none raise substantive and significant issues that should be made part of an adjudicatory process," Weintraub wrote.

Project backers were glad to hear that the state had completed its review.

"To me, what's important is that the state has found that all of the substantive and significant issues have been addressed," said Gary Gailes, spokesperson for Crossroads Ventures.

But although the DEC is satisfied with the plans for the resort, the agency cannot sign off on them yet.

One of the administrative law judges at the Office of Hearings and Mediation Services, who operate independently from the rest of the agency, must make a decision on whether to dismiss the adjudication process. And before that can happen, all of the parties to that process -- which include all of the groups that signed the 2007 agreement -- must be given the chance to respond.

The DEC is now in the process of contacting all of the parties, and making sure they have copies of the state's voluminous review of the Belleayre Resort project and Belleayre Ski Center plans.

Environmental groups are still weighing how to respond to the DEC's motion to dismiss the adjudication process.

Contacted for a comment, a spokesperson for Riverkeeper, Tina Posterli, said that Riverkeeper staffers were still looking through the materials and had not yet issued a response.

At least one of the concerned parties -- the Catskill Heritage Alliance -- still has concerns about the resort project, said chair Kathy Nolan.

The 2007 downsizing of the project, and the elimination of a piece of development on the environmentally sensitive Big Indian Plateau, addressed many of the Catskill Heritage Alliance's longstanding concerns about the resort. But the revised project has raised new concerns about the resort's impact on the local economy and environment, Nolan said.

"We are exploring the means by which the Office of Hearings can provide us with an opportunity for consideration of these new issues, as well as the remaining original issues," Nolan wrote in a prepared statement.

Like Riverkeeper, the Catskill Heritage Alliance has not yet decided on their official response to the DEC.

A DEC spokesperson declined to identify all of the parties that had been offered the chance to respond to the recent motion to dismiss the process, saying that the agency was still making sure they had all been contacted.

For now, the Belleayre Resort project rests in the hands of the DEC's Office of Hearings and Mediation Services, which has the power to dismiss the adjudication process -- or possibly even order a new one.

"What the hearings office decides to do in the next few weeks will really determine the timeline for what happens next," Nolan told the Watershed Post.

Belleayre Resort developers are hoping that this final hurdle in the state's long review process won't slow them down.

In a prepared statement, Gailes said that Crossroads "looks forward to the day when actual construction can begin," but did not guess at a timeline.

"I hesitate to make any predictions when it comes to a process like this. I can only hope it will be sooner than later," Gailes said in a phone interview. "We would like for this all to end this year, so we can begin before the end of the year."