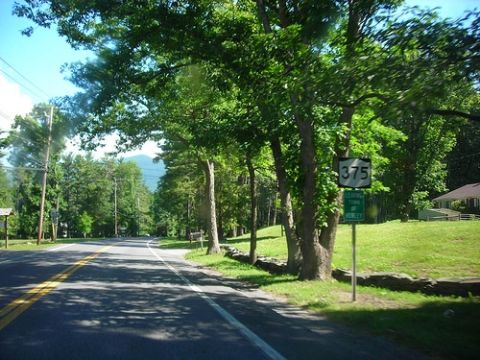 With a stroke of the gubernatorial pen, Route 375 between West Hurley and Woodstock has been officially renamed "Levon Helm Memorial Boulevard."

Earlier this week, Gov. Andrew Cuomo signed a bill renaming the road in honor of the late, great member of The Band and of Woodstock's musical community. The bill, which was passed with support from Woodstock's local and state representatives, honors the town as well as the legendary musician. From the text of the bill:

This highway will be designated in recognition of Levon Helm, Grammy winning artist and longtime Woodstock, New York resident. The naming of this highway which runs near Helm's barn where his famous "Midnight Rambles" were held and near "Big Pink," the home where The Band produced their award winning album by the same name, will honor Helm's memory while distinguishing that the Woodstock area had a significant impact on his life.

The keepers of the flame on Levon Helm's official Facebook page have posted a message thanking the bill's supporters:

Thank you Assemblyman Kevin Cahill, Governor Andrew Cuomo, Senator John Bonacic and Senator Cecelia Tkaczyk for your support! Having this honor bestowed upon him would make Levon extremely proud. He was ALL ABOUT his community - Woodstock, Ulster County, New York. This has been his home for the majority of his life and nothing brought bigger smiles to his face than to be able to do things for this, his "hometown". Thank you for recognizing his accomplishments and contributions. Thank you for contributing to his legacy. This is a perfect example of why he came here and why he stayed here - this is the greatest community to live in.

Below: A trailer for Ain't In It For My Health, a documentary film about Levon Helm released earlier this spring.