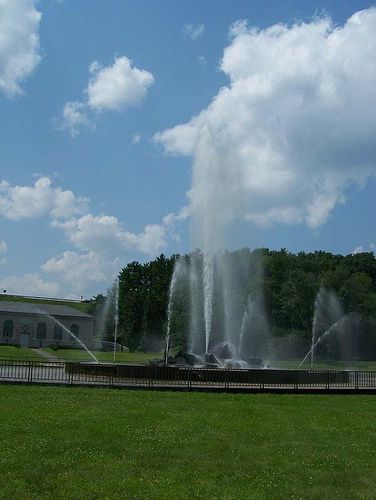 Part of the public area near the Ashokan Reservoir Fountain will be closed until April 25 while a contractor cleans up hundreds of trees damaged or felled during Hurricane Sandy, the New York City Department of Environmental Protection announced Thursday.

The closed area is on the east side of the park near the fountain, off Route 28A in the town of Olive. The unaffected portion of the park will continue to be open to the public from dawn to dusk.

According to the DEP's announcement, Sandy caused widespread damage to the trees in a 15-acre area near the reservoir, mostly Norway spruce and white pine. The tree removal will be done by a private timber harvester, who will remove the trees at no cost to the city, and pay the DEP for the harvested trees. The agency says the trees will be recycled into lumber -- enough to build almost 25 homes.

Some work will also be underway in the forest on the north shore of the East Basin at Jones Cove. Anglers will be able to access their fishing boats at Jones Cove, but will be detoured around the ongoing work.

Anyone with questions about the forestry project or its impact on public access areas near the Ashokan Reservoir should call DEP forester Todd Baldwin at 845-340-7854.