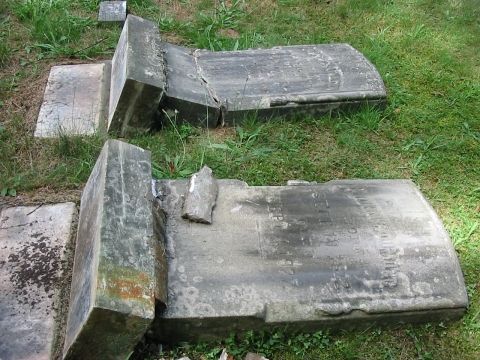 Above: Vandals broke into Margaretville Cemetery on Monday night and damaged a dozen headstones. Photo courtesy of Diane Galusha.

On Monday night, Margaretville Village Cemetery was struck by vandals who toppled over headstones and permanently damaged some of the oldest graves at the historic site.

“A lot of people are quite upset,” Friedman said. “Some of those headstones date back to the 1800s.”

According to The Historical Society of Middletown’s website, the headstones were located in the oldest part of the cemetery, beneath the pine trees.

Friedman said the vandals must have used wire cutters to break the padlocks of the cemetery, and that police quickly responded to the scene.

“Police interviewed neighbors surrounding the cemetery, but don’t have any suspects yet as far as I know,” Friedman said.

The Historical Society of Middletown is asking anyone with information on the vandalism to contact the village office at 845-586-4418.

Update, 8/9: Edited to correct the spelling of "Margaretville" in the headline. Our bad.

Update, 8/10: The Village of Margaretville is offering a reward for information leading to the arrest of the vandals. Those with information should call the Village Office at 845-586-4418 or Mayor Bill Stanton at 586-4375. 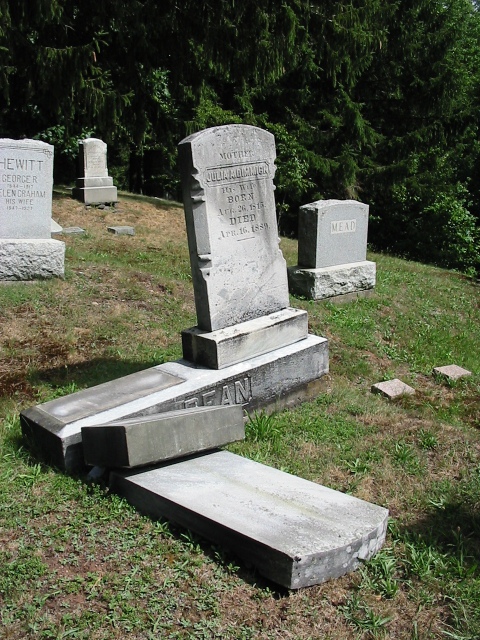