Belleayre workers cause slowdown on the slopes 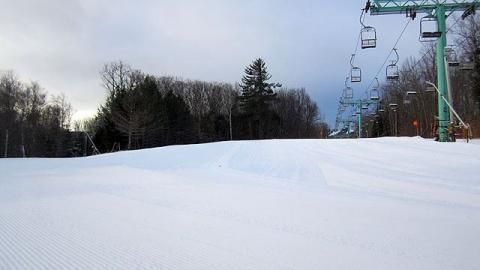 Three lift mechanics and two electricians called in sick from their jobs at Belleayre Mountain Ski Center on the morning of Saturday, February 18, delaying the kickoff of the last big holiday weekend of the ski season.

The sick workers made no public comments and did not return a call from the Watershed Post, but their absences were widely interpreted as an act of protest.

Many Belleayre employees fear that Governor Andrew Cuomo’s plan to transfer the management of Belleayre to the Olympic Regional Development Authority (ORDA) will cost them their jobs.

“We did have five employees who did call in sick, and they're critical employees,” Lanza said. “I don’t know whether they were sick or not. But they were not here, and in order to ensure the safety of the general public, I made a decision that we would not open [until the lifts had been inspected]."

But Joe Kelly, the chairman of the Coalition to Save Belleayre, said the employees were probably making a statement.

“I think there’s a lot of uneasiness about the transition and talk of ORDA,” Kelly said. “That’s what I would attribute what happened to. It was unfortunate. I think any change causes people to get uneasy, because they’re concerned about their livelihood.”

The unexpected absences threw a wrench into a promising Presidents' Day weekend in an otherwise dismal Catskills ski season. With no employees onhand to inspect any of the mountain’s lifts, none of Belleayre’s slopes were able to open at the start time of 9am, much to the chagrin of eager skiers waiting to try the fresh powder deposited by one of this winter’s only Friday-night snowfalls. All Saturday, Belleayre's Facebook page fielded questions and complaints from frustrated skiers.

With the help of an employee loaned by Windham Mountain Ski Resort and a well-timed weekend discount on ski tickets, Lanza said that the day became a success, with 2,800 skiers on the slopes.

“The whole mountain was in operation by the afternoon, and we had the biggest day of the year,” he said.

To mollify the frustrated skiers, Lanza discounted lift tickets to $25, the first time Belleayre has offered a discount on a Saturday this season.

To find lift mechanics to inspect the lifts, Lanza called Windham General Manager Chip Seamans and ORDA President Ted Blazer. Both men pledged to help, but Windham got there first, sending down a lift mechanic who helped open the lifts on Belleayre’s lower slopes by 9:30am, only a half-hour late. By afternoon, Belleayre had found a full complement of lift mechanics and had opened all its runs.

“The whole mountain was operating by 11am,” Lanza said. “The real story is that I didn’t get one complaint yesterday. It was really, really heartwarming the way the public responded to us. People just rallied around us. It was amazing.”

The workers’ absences sparked widespread rumors that Belleayre’s employees were on strike. The Catskill Mountain News, which published a special online story about the absences on Sunday, described them as a possible “job action” or “sick-out.”

As public employees of the state Department of Environmental Conservation (DEC), Belleayre’s workers have no right to strike. There is no indication that either of Belleayre’s two employee unions were involved in the absences.

Teresa Grant, the building maintenance supervisor at Belleayre, denied that there was any organized action taken. Grant was at work on the mountain on Saturday.

“We're not allowed to strike, with our union,” she said. “A few of the lift guys called in sick. We are not on strike.”

Lanza said that only five of the ski mountain’s employees were involved.

"I wouldn't sit here and say there was a major strike or anything like it,”  he said.

When asked if the five absent employees would face any legal reprisals, Lanza said that when employees call in sick, they are allowed to take a day off.

Kelly said that there hasn’t been enough communication about the future of the ski mountain’s employees from the state.

In his proposed budget for 2012 - 2013, Cuomo has included an immediate transfer of Belleayre from the DEC to ORDA. The budget legislation -- and therefore the handover -- is expected to be finalized in April.

A group of concerned private citizens has created a petition urging Cuomo to maintain the current staff at Belleayre in the event of an ORDA handover. From the petition:

"Tony [Lanza] and his staff are the heart and soul of this community ... We see Tony and the Belleayre employees in the supermarket, at the library, the bank, the pizza parlor. We know them. We care about each other. We believe that Superintendent Lanza’s expertise, enthusiasm, and vision are essential to implement the successful transition from the DEC to ORDA."

Below: The full petition, sent to the Watershed Post by Shandaken resident Martie Gailes.