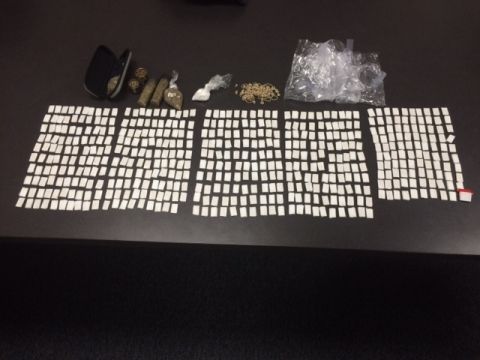 Besieged by a worsening heroin and opioid crisis, New York State lawmakers passed a package of legislation designed to increase prevention and treatment for the abuse of the narcotics last month at the end of the legislative session. But the heads of several Catskills Sheriff’s Offices say that the new laws don’t include enough enforcement measures.

”These laws are made in what I think is a feel-good manner,” said Schoharie County Sheriff Tony Desmond. “Words are put on paper and then put into law . . . so we have a lot of laws and no money for enforcement."

Sheriffs from Ulster County and Delaware County in the Catskills, a region that has seen a steep spike in opioid-related arrests and deaths in recent years, also expressed ambivalence about the legislation.

The governor, however, celebrated the legislation in an official statement issued last month.

"New York is leading the way forward in the fight against heroin and opioid addiction,” Gov. Cuomo wrote. “We are taking an affirmative stand for our families and communities who have suffered from this epidemic's debilitating effects."

The laws expand the amount of time families can obtain emergency drug treatment for relatives from 48 hours to 72 hours. They also limit the length of initial opioid prescriptions to only seven days, down from 30 days.

The legislation includes a laundry list of measures designed to help communities battling the heroin epidemic, including funding for continuing education on addiction and pain management, the cancellation of prior insurance authorization for immediate access to inpatient treatment services, and expanded access to naloxone, otherwise known as Narcan, an anti-opioid drug that can reverse overdoses. The new law requires insurance companies to cover the cost of Narcan, according to the governor’s press release.

Although he applauded the legislative package's overall aim, Delaware County Undersheriff Craig DuMond said that he was disappointed with the legislation's lack of enforcement measures.

Recognizing that "we weren't going to arrest our way out of this," Undersheriff DuMond told the Watershed Post that his department's drug task force considers enforcement, education and treatment to be the best way to effectively combat heroin and opioid abuse.

The new laws should have included changes to mandatory minimum sentencing for dealers, DuMond said.

"They should receive healthy prison sentences, but just get a slap on the wrist," he said.

“It did nothing for enforcement,” he said of the new laws.

Despite repeated emails and phone calls, representatives of the Greene and Sullivan County Sheriff's Offices couldn't be reached in time for this story's publication.

Norine Hodges, the executive director of the Schoharie County Council on Alcoholism and Substance Abuse (SCCASA), hailed the legislation's limitation on prescribing doses from 30 days to seven.

"I never understood why someone would be prescribed 30 days of such a dangerous drug when normally one needs it for less time, say, for example, recovering from surgery,” she said.

“The rule of thumb has been, you must fail at outpatient treatment twice before insurances will pay for inpatient treatment,” she said. "That might have been OK in the far past, but opiate-heroin addiction treatment needs to be anywhere from one year to two years to truly change the person."

Signed into effect on June 22 by Gov. Andrew Cuomo, the new opioid laws were passed just after the release of a report issued by the Office of the New York State Comptroller, which found that heroin and opioid related deaths in New York increased faster than the corresponding rates in nearly all states over the past decade.

According to the report, which was released on June 16, 825 New Yorkers died in 2014 from heroin overdoses, which was an increase of 24 percent from just the previous year, and almost 25 times the number recorded in the state 10 years earlier.

Furthermore, the report found that over 1,000 residents of the state died as a result of prescription opioid overdose in 2014, which was nearly quadruple the number of similar deaths recorded in 2005.