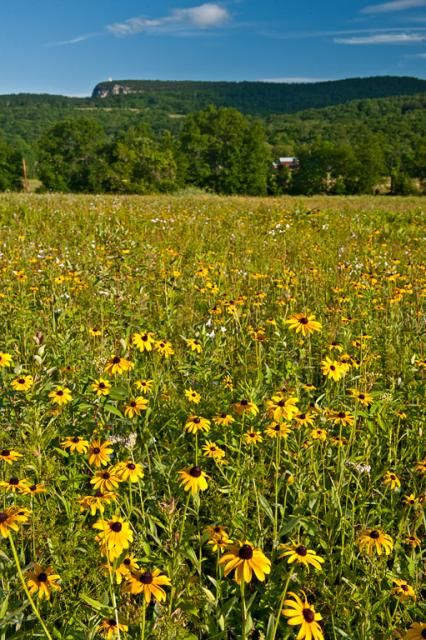 The Open Space Institute announced yesterday that the Smiley family, longtime owners of the famous Mohonk Mountain House in New Paltz, have agreed to sell 874 acres of farm, field and forestland in New Paltz and Rochester to the Open Space Institute. The parcel includes the Brook Farm Project -- a 70-acre, 150-member CSA vegetable farm -- as well as the Testimonial Gateway, a tall stone building that once served as the main entrance to the Mohonk Mountain House.

"The lands being acquired by OSI are among the last large tracts of open space on the Shawangunk Ridge, and are clearly the jewel of the range," the Open Space Institute wrote in a press release yesterday.

The sale will go through later this year, for an undisclosed price. The Open Space Institute has long-term plans to transfer the land to the Mohonk Preserve, a nonprofit reserve founded by the Smiley family that currently protects over 7,000 acres for conservation and recreation.

At a recent public hearing in New Paltz, locals were generally supportive of the plan, but had questions about public access to the property and the financial impact of taking so much acreage off the tax rolls. From an in-depth story in the New Paltz Times:

Al Wegener asked what the tax impact would be, as Mohonk Mountain House currently pays taxes on that land. Although Wegener was in full support of the transfer, he expressed his concerns that “New Paltz taxpayers, in this climate, with the recession, the state budget being what it is, the town taxes being what they are, we need to know what the fiscal impact will be. Taxpayers, while greatly appreciating the preservation of open space, are hurting badly.”

That said, Wegener acknowledged that he deeply “appreciated the Smiley family’s dedication to open space preservation and environmental protection and education,” and that he could understand that while the impact on the tax base, if that 857 acres was taken off the tax rolls, “would pale in comparison to what the Smiley’s could get if they allowed that land to be subdivided for residential development -- creating a much greater tax burden on residents, as well as 1,000 more children in our school district. I understand the generosity, but have to ask the question, because taxpayers are hurting here. I would like OSI to keep that knowledge in their negotiations.”

The Times Herald-Record spoke with Albert Smiley about the sale:

Albert Smiley said the transaction will help his family's goal to keep the land wild, while also allowing for environmental education and research.

"We realized that we didn't want this landscape to be developed," said Smiley, president of his family's company, "so we felt the best way to accomplish that in the long run was to transfer it to an organization that specializes in protecting the land."

If you've never visited the Mohonk Preserve, next Sunday, August 7, might be a good time to check it out. Herbalist Aleese Cody will be leading a field walk on "Wild Plants of the Mohonk Preserve" from 9:30am to noon. (Hat tip to the NY Flora blog.)