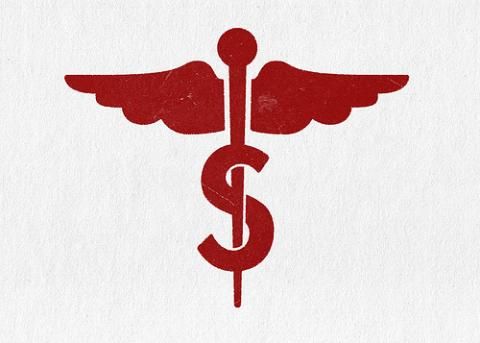 With the passage of three resolutions, the Delaware County Board of Supervisors effectively privatized a large portion of the county's public health functions last night at a scheduled meeting in Delhi.

The resolutions each passed by a 17-2 vote after a solid hour of discussion, gentle ideological clashing, and respectful -- if occasionally skeptical -- questions for two representatives of HCR Home Care, a Rochester-based company that intends to purchase the operating certificates for two county programs for $600,000. The county solicited proposals from potential buyers earlier this year.

The sale is subject to approval by the New York State Department of Health, and the actual transfer of both money and authority will take between twelve and eighteen months, according to several members of the board. But last night the writing on the wall was clear: The county's certified home health agency (CHHA) and long term health care program (LTHCP) will soon be the concern of a privately owned and operated company.

Once the transfer is complete, the county Department of Public Health intends to lay off 26 members of its clinical and clerical staff.  Elizabeth Zicari, HCR's vice president of clincal services, stated that every worker let go by the county would be invited to interview, and barring any problem with their licenses, all clinical staff would be guaranteed jobs at HCR.

This was a point that Zicari articulated repeatedly in her discussion with the board as she worked to allay concerns that county residents who depend on CHHA would receive less or inferior care with HCR.  Through its open-door approach to former county nurses, she argued, HCR allows CHHA care to maintain its regional personality and become more efficient.

The sale of the licenses is a story of hard economic times and antiquated methods.  With the county singing budget blues in all quarters, there have been numerous debates about how to cut costs.  CHHA services are expensive and with declining Medicare reimbursement and state clawbacks, the cost of sustaining them is projected to increase.  Board budget director Bob Homovich stated that the county has realized a loss operating CHHA for several years.

But Bonnie Hamilton, Director of Public Health, acknowledged that high operating costs are in part a Catch-22.  The county public health records are processed manually.  When the county looked into upgrading to a software program several years ago, it was determined to be too expensive.  HCR has electronic record-keeping and would not incur great costs by plugging in Delaware County.

HCR's pitch, which blended good fiscal sense with empathy, did not go down smoothly for everyone in the room.  Hamden's Wayne Marshfield framed concerns about service cuts with a rhetorical question:  "So you're going to take programs that cost us a lot of money, and make a profit?"

Roxbury's Tom Hynes, who was one of the two supervisors who cast opposing votes, was more succinct:  "This is about money over people," he said afterwards.  "What," he asked Zicari, "does your company offer that we don't?"  Zicari responded by arguing that by saving money on the clerical end, HCR could maintain an equal level of care.

Some board members seemed pleased by the opportunity to further shrink government, but others were dubious about picking on health services.  "It's one of the reasons we sit around this table," said Masonville's Craig DuMond, who cast the other opposition vote.

But increasingly, counties are willing to let go of that responsibility.  HCR now operates CHHAs in six New York counties, including nearby Schoharie, and privatization is open to debate in others.

Hamilton stated that the county department will still provide state-mandated services, such as maternal care, child services and infectious diseases.  But the eldery and the sick will, in most cases, soon be tended to by a company that seeks to turn a profit.

Even after affirming that HCR has a strong reputation and assuring each other that county residents would continue to receive 'great service', the board voted in a somber mood.

"This is just the start of it.  Things are going to change," said Homovich.  "We're going to have to do things we don't want to do."

Supervisors: Delaware County bed tax is back, budget is up