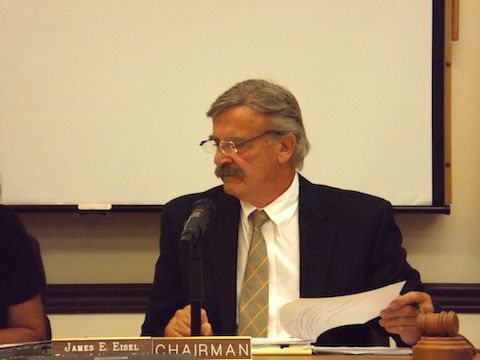 The Delaware County Board of Supervisors, without much fanfare, has updated the county's ethics policy, which has been the subject of much controversy this year.

The board, at a Wednesday Oct. 28 meeting, passed a resolution adopting “The 2016 Ethics and Disclosure Policy for Delaware County.” The document lists “standards of conduct” regarding gifts, confidential information and conflicts of interest.

All employees of the county will be required to sign a form stating that they have read the policy.

All members of the board, as well as department heads and several other administrators, will be required to file disclosure forms each year that state private employment and business interests for both the signee and his or her spouse.

The new policy addresses one of the main criticisms made in a report by the office of New York State Comptroller Thomas DiNapoli earlier this year: that county officials were not formally disclosing their conflicts of interest or filing financial disclosures.

On Wednesday, the ethics policy resolution was adopted unanimously and without any discussion by board members. Later in the meeting, however, Hancock Supervisor Sam Rowe came back to it.

“It's being portrayed out there that we're not dealing with any of the issues,” Rowe said. “We're not ignoring the comptroller's report.”

The policy is the second part of the county's response to reports issued by the comptroller which criticized the county's procurement policies as well as policies regarding the disposal of county property, including vehicles.

Delaware County's supervisors adopted an updated policy on procurement and disposal at a meeting on Aug. 26.

Read the full text of the new Delaware County ethics policy below.

In an interview in March, Eisel told the Watershed Post that the county would "probably establish an ethics board." But the new county ethics policy does not establish or mention a county board of ethics.

Under its old ethics policy, Delaware County had passed a resolution calling for the establishment of such a board to offer opinions to help county officials abide by the ethics policy. According to the comptroller's report, an ethics board was never established.

“There is no one else helping to ensure that individuals are free from potential conflicts of interest in fulfilling their public responsibilities,” the comptroller's report stated.