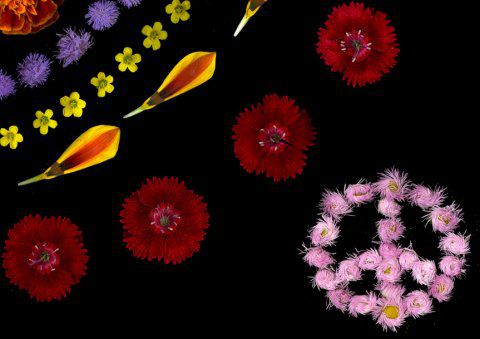 The Woodstock Film Festival, an annual scrum of stars, artists, directors, documentarians, and film-lovers, descends on locations around Ulster County tomorrow to screen more than 150 films, 60 of which will be premieres of one kind (world) or another (New York). Here's a short list of the films that piqued our interest and that aren't yet sold out. Go to the WFF website for a complete schedule of every movie on offer.

Jeff Reichert's documentary "Gerrymandering," a portrayal of the sleight-of-hand practice known as "redistricting" in the style of a thrilling potboiler. (5:45pm on Thursday at the Bearsville Theater in Woodstock, with another show at 4:45pm on Saturday, October 2, at Upstate Films II in Rhinebeck.)

"Don't Go in the Woods," a "slasher-musical" by Law and Order and Full Metal Jacket alum Vincent D'Onofrio. (8pm on Friday at the Emerson Resort in Mt. Tremper)

Also on Friday: "Sounds Like a Revolution," directed by Summer Love and Jane Michener, which explores modern protest music from the Dixie Chicks to Ani Difranco. Afterwards, Justin Sane of the punk band Anti-Flag will play live. (10pm on Friday at the Bearsville Theatre in Woodstock. Another screening of the movie only will be on Saturday, October 3 at 9:30pm at the Rosendale Theatre in Rosendale.)

Sounds Like a Revolution - HD Trailer from Deltatime Productions on Vimeo.

If you haven't seen "Marwencol," about Kingston resident Mark Hogancamp, you should. It's won a slew of awards at various festivals already, and now this documentary is having its premiere in New York state. The film shows how Hogancamp, whose brain was damaged in a vicious attack in a Kingston bar in 2000, healed himself by building a shockingly realistic miniature Belgian village set in World War II. (Hogancamp is becoming a celebrity. Esopus Magazine first published images from Marwencol in 2005, and this year the Wall Street Journal profiled him.) (1pm on Saturday at the Rosendale Theatre in Rosendale. Another screening Friday at 2:15pm at the Bearsville Theatre in Woodstock.)

We've already written a bit about "Windfall," the documentary about the Delaware County town of Meredith and its near-experience with wind turbines. You can see its trailer here. (At 9:30pm on Saturday at upstate Films II in Rhinebeck. Another showing at 2:30pm on Friday at the Woodstock Town Hall.)

It's the U.S. premiere of Malcolm Venville's vehicle for Keanu Reeves and Vera Farmiga,"Henry's Crime," a tale of a quiet man who becomes a bank robber. (3pm on Sunday at the Rosendale Theatre in Rosendale. The Saturday screening is already sold out, although you might be able to score some standing-room only tickets at the door. Keanu is also getting an award from the festival on Saturday night at 7pm in Kingston, if you can't get enough of him.)

Top image: Detail from this year's WFF poster, made by Portia Munson out of Catskills wildflowers.