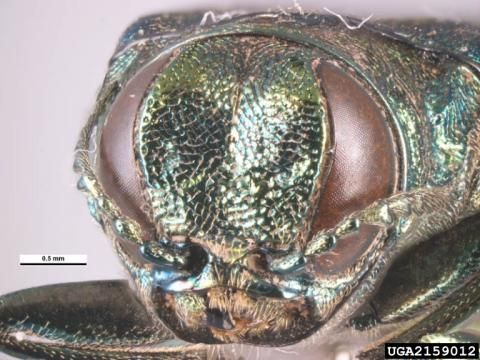 Bad news: The emerald ash borer (Agrilus planipennis), a highly destructive Asian beetle that threatens to effectively wipe out ash trees in North American forests, has been found in a USDA trap in Saugerties.

Sustainable Esopus reminds us that it's vital not to transport firewood, which spreads the beetle around:

I don't know off hand how much of Esopus's forest cover is made up of ash trees, but it's very likely threatened now that the ash borer, an invasive species that has been spreading out of the Midwest in recent years (where it has been very destructive), has been found in Saugerties. One of the key strategies employed to stop its spread is to never transport firewood. Now that it's in our area, it's particularly important that people do not transport firewood from here to elsewhere.

State conservationists say the best we can hope for is to slow it down, the Freeman reports:

State officials said they expect the borer to continue to spread. Regulations restricting the importation of firewood from out of state and the movement of untreated wood within the state are intended to slow the spread.