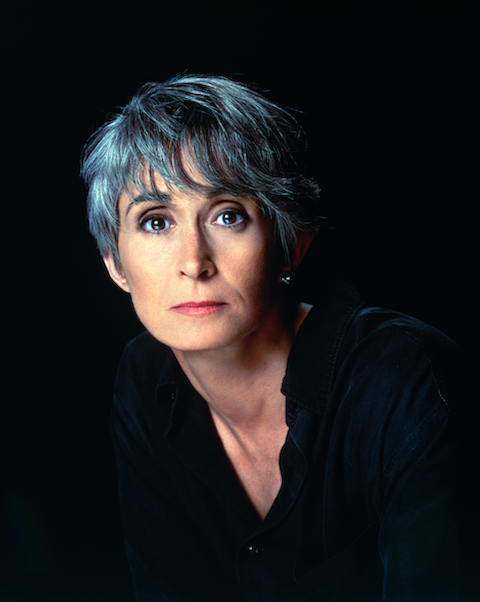 Above: Twyla Tharp. Images provided by the Catskill Mountain Foundation.

Since its 1998 inception, the Catskill Mountain Foundation has tried to make Greene County an international destination for dance. This weekend, with world-renowned choreographer Twyla Tharp presenting the results of her six-week residency in Tannersville, the organization has reached a whole new level.

The legendary Tharp, one of the country’s most famous choreographers, has spent the past six weeks in Greene County working on three old and new dances that will be presented to the public on Saturday, April 16 at 7:30 p.m. at the CMF’s historic Orpheum Film and Performing Arts Center in Tannersville. The one-time performance is completely sold out.

Tharp is presenting two earlier works, “Country Dances” (1976) and “Brahms Paganini” (1980), that she has reconstructed with an eye toward preserving them for future generations. She will also present a new work set to Beethoven’s Opus 130 and 133.

All three dances will be performed raw—unlit and without costumes—by an elite team of dancers, many of whom have worked with Tharp for years. Tharp herself, who at age 74 is celebrating a half-century in dance, will offer commentary between the pieces.

For Tharp, the opportunity to workshop in the region is a pleasant throwback to her earliest days.

Above: The Orpheum Film and Performing Arts Center in Tannersville.

The terrain of New Berlin made its way into Tharp's choreography.

“When I created ‘The One Hundreds,’” she said, “I was living on the farm, and heard a broadcast of Sandy Koufax’s no-hitter on the radio. I figured it took him eleven seconds to wind up and pitch the ball, so ‘The One Hundreds’ is made up of one hundred eleven-second phrases. The movement is based off of everything that was around me, kicking rocks, rolling down a hill and walking.”

“Dance life was much simpler then,” Tharp said. “We had no administrators, we booked all our own shows, and there was no marketing or advertising. But what hasn’t changed is that dance is still a result of asking questions and making dancing for dancers–and making those dances stronger, better and hopefully different each and every time.”

After the April 16 Tannersville showcase, Tharp and Co. will travel to the Saratoga Performing Arts Center for a June 30 premiere of the new work, then on to NYC’s Joyce Theatre in the fall. Other “Pathways to Dance” tour stops include Hudson, Troy, the National Museum of Dance in Saratoga Springs, Schenectady and Cambridge, New York.

But everything begins tonight in Tannersville.

“Twyla studied philosophy, and when she talks about dance, you can really tell,” she said. “And one of the benefits of opening up the work-in-progress to the public is you’re very close to the performers. It’s intimate.”

Though it’s not the first time CMF has hosted a celebrated dance company, Weisberg said that the Tharp residency and showcase is particularly significant.

“We started presenting dance in 2000,” she said. “Even before we had the Orpheum, we presented at the local high school. We’ve hosted Paul Taylor Dance, Ailey II and the American Ballet Theatre. But because of her work in film [Milos Forman’s “Hair,” “Amadeus,” and “Ragtime”], Broadway [Tony-award-winning Billy Joel musical “Movin’ Out”] and in pop culture [“The Catherine Wheel” with David Byrne, numerous TV specials], she’s known outside the dance world.”

Weisberg is amazed at Tharp’s longevity.

“Most dance careers are short,” she said, “but Twyla is looking back, and deciding which pieces to archive for future dancers to learn and continue. It’s an honor she chose us for this work.”