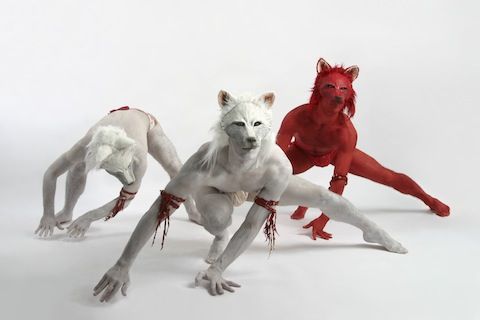 By the time audiences usually see a dance, it’s the final, perfected product—the polished result of months of work. But New York City-based choreographer Christopher Williams is giving viewers a chance to see what a movement piece looks like at the very beginning of its lifespan, in a free open studio on Sunday, Nov. 23 at Mount Tremper Arts.

Williams has been commissioned to create a series of dances for "Dardanus," a Baroque opera by 18th-century French composer Jean-Philippe Rameau. In those days, dance was an integral part of operatic structure; minuets and gavottes popped up in interludes between arias. This new production of the rarely-seen opera, directed by Michel Fau and in collaboration with the musical group Ensemble Pygmalion, is set to begin performances at the Opéra National de Bordeaux next April.

But Williams’s contribution has to start somewhere, and he’s making his first moves during a weeklong residency in Mount Tremper. Armed with a recording of Ensemble Pygmalion’s arrangements for "Dardanus," he and six dancers have come up from the city to work out the beginnings of what will become the final pieces.

“What the audience will see are very rough attempts at dance material that in some way relates to the music,” Williams said. “I think it will help demystify the process of dance-making. By inviting people in at this stage, people can get a taste of what it’s like to be in the studio as a dancer, having to deal with the material that’s given to you by a choreographer.”

Williams trained under legendary choreographer Merce Cunningham and also studied Laban Movement Analysis to arrive at his signature style. His dances incorporate isolated movements of dancers’ heads and spines and often include eye-catching costumes and puppetry.

For "Dardanus," which is rooted in Ancient Greek myth, he’s working on sections of high spectacle—the goddess Venus descending from on high with her court of Cupids, demons emerging from an underground chasm—interwoven into the story of the opera. Williams is creating contemporary dances which are rooted in the structure of 18th-century Baroque formality.

“We are one small part of a larger organism,” he said.

Though he’s rarely let the audience in at this early stage, Williams is looking forward to give theatergoers a peek into the creative process. “People are going to get a glimpse of what it’s like to take the first steps in a long journey,” he says.