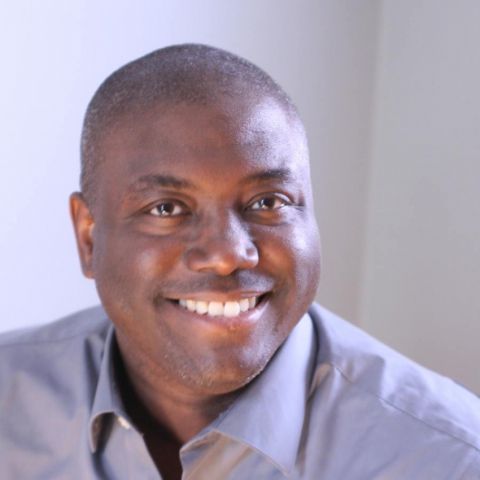 Above: Jermaine Bagnall-Graham in a campaign photo.

Seward is seeking his 15th term in office in a district that includes the Catskills counties of Delaware, Schoharie, and Ulster, just months after successfully battling bladder cancer.

Bagnall-Graham, an IT Clinical Systems Analyst in Oneonta, hails from the Chemung County town of Sherburne, where he lives with his wife and two young children. He graduated from SUNY Oneonta with a Bachelor’s Degree in Communications and later obtained his Master’s Degree in Public Administration at Binghamton University. Before college, he served in the U.S. Army for six years.

A newcomer to politics, Bagnall-Graham has engaged in a bootstrap campaign to boost his name recognition against Seward, who was first elected to represent the area in the state legislature in 1988.

So far, it appears that Bagnall-Graham is struggling to make inroads with voters in the district.

Although he initially faced the prospect of a primary battle against Ilion attorney Audrey Dunning, Bagnall-Graham instead skipped straight to the general election campaign after Dunning’s petitions were found to be defective by the state Board of Elections, according to Dunning.

Since then, Bagnall-Graham has centered his efforts on the general election by focusing his campaign on public corruption.

"I'm tired of the corruption"

A first-time candidate for public office, Bagnall-Graham recently told the Watershed Post in an interview that he was prompted to run after Seward publicly supported embattled former Senate Minority Leader Dean Skelos after Skelos was arrested.

Labeling Seward a “safe senator” for his party line votes, Bagnall-Graham criticized him for being disingenuous to his constituents.

“He goes to the district and says one thing and then votes in Albany differently,” Bagnall-Graham said.

The Democratic challenger has embraced a wide array of anti-corruption stances. He believes that state legislators should be limited to ten-year terms in elected office and that corruption in politics could be eliminated with campaign financing reform.

“We could curtail corruption by closing loopholes in public financing,” said Bagnall-Graham.

He opposes Common Core educational testing and says that he is concerned with water contamination.

But to Bagnall-Graham, everything starts with addressing public corruption, he said.

“It’s right there in plain sight,” he said. “I’m tired of the corruption.”

Sen. Seward, for his part, has barely acknowledged the fact he is running for re-election. His campaign website has not been updated since mid-August and he has not publicly referenced his opponent thus far.

Running in a district that includes all or parts of nine counties and is equivalent to the size of the state of Connecticut, Bagnall-Graham recognizes that he has a way to go in order to reach the masses. That problem is amplified by the disparity between his and Seward’s campaign war chests.

According to the Auburn Citizen, Bagnall-Graham had only $5,965 cash on hand in October, with less than a month to go before the election. In comparison, Seward had over $450,000 in his campaign coffers.

However, despite the challenges, Bagnall-Graham is confident that he will give Seward a run for his money before election day.

Commenting that his campaign has the “element of surprise” because it has attracted so little attention thus far, Bagnall-Graham said, “I am very pleased with how the campaign is going.”

Catskill Park passed over in New York budget, again
Olive gets $150K in grants, just in time for Olive Day