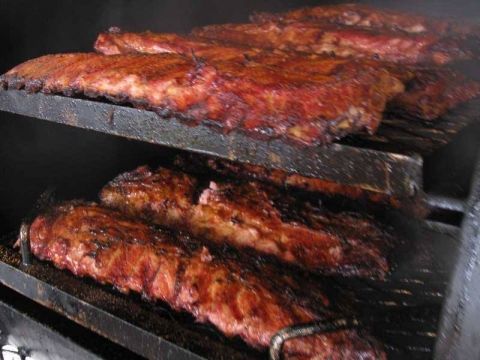 Can you smell those ribs, Tannersville? Photo from American Glory's Facebook page.

Joe Fierro loves to hear how his devoted Catskills diners drive a long distance over the mountain to eat at his downtown Hudson restaurant, American Glory BBQ. At the same time, he hates to hear that they would come more often if it weren’t such a long drive home.

So this spring, he’s bringing the smoked pork belly and brisket westward, opening a second location in Tannersville, in the heart of Greene County’s mountaintop ski region.

“I was looking to widen my footprint, and I knew the business was already there,” Fierro said. “I know I have a lot of customers who come from Woodstock, Tannersville, Windham and Hunter.”

Renovations are now under way at the former home of the Village Bistro at 6033 Main St., with a tentative opening day of late April or early May. The Tannersville version of American Glory will seat about 90 people indoors and 50 more on an outdoor deck overlooking a creek. It will serve the same lunch and dinner barbecue-centric menu as the original, Fierro said. There will be live music several nights a week, a full bar featuring high-end tequila and whiskey, and plenty of craft beer on tap. Fierro was a part-time resident of Windham for many years while working on Wall Street, where he headed The New York Mortgage Co. He moved upstate full-time and opened American Glory in 2010, after his company was acquired by IndyMac Bancorp Inc. for $13.4 million in 2007.

Opening a second restaurant is the next phase of his second career, which he says sprung from a quarter-century of daydreaming.

“I was always the guy who ordered the wine for the table, who made the reservations for everyone,” Fierro said. “People come into my restaurant now and say, ‘How’d you do this?’ and I tell them, ‘I sat behind my desk for 25 years and thought about it.’”

Fierro’s expansion plan came together last year at Mountain Jam, where he made contacts with folks from the Hunter Foundation, a nonprofit that seeks to rehabilitate historic buildings, promote business activity and encourage tourism. As the landlord of the building, the foundation offered him very favorable lease terms, he said.

American Glory’s arrival is a significant step forward in a Tannersville revival that’s been slowly gathering steam, said Greene County Chamber of Commerce Executive Director Jeff Friedman. Twin Peaks Coffee & Donuts opened in October, and quickly became a favorite refueling stop. Just a few doors down from Fierro’s place, the Tannersville Antique and Artisan store is expanding into newly renovated adjacent space and the Hunter Foundation is also in the process of recruiting a new ice cream store downtown. A few miles west of town, just down Route 23A, Hunter Mountain Brewery, a large brewpub, is expected to open this spring as well.

Fierro is happy to be a part of it.

“Tannersville went to sleep for a while, and it’s waking up now,” he said. “It’s taken a little bit, but the Catskill Mountains are coming around. There’s a vibe going on here right now that’s great.”

For more on Catskills local food and dining, see our Catskills Food Guide, online at watershedpost.com/food and in print around the region.

Below: The future home of American Glory BBQ, on Tannersville's Main Street. Photo by Jennifer Strom. 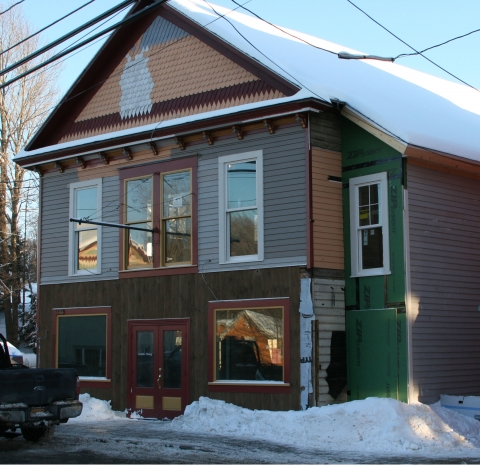