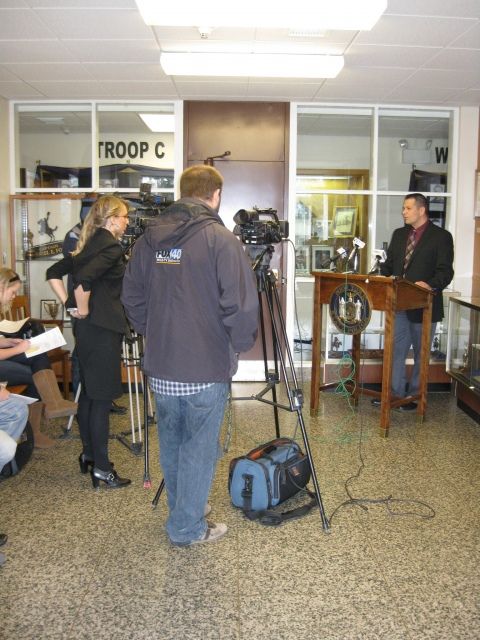 Number of bodies found so far in a gruesome Walton case of suicide, homicide, arson and deceit: Three. (Four, if you count the dog.)

Persistent rumors have been swirling in the small community, and on social media, that other bodies were discovered in the course of the investigation. On Wednesday, Lieutenant Erik Dauber of the New York State Police, who is involved in the Walton investigation, emphatically denied the rumors.

"I have heard that rumor a bunch of times, and it's just not true." Dauber said. "Those three are the only bodies we have in this case. Let's hope it stays that way."

Here's what is known about the case so far:

On February 19, two local police officers paid a visit to 51-year-old Dominick Bosco's house at 294 John Lockwood Road, looking for 48-year-old Debra Sundstrom in an effort to serve a bench warrant. Sundstrom had failed to appear in court to answer to larceny charges.

At a recent press conference, Dauber told reporters what happened next:

“They just received information she might be at that residence, which was a seasonal residence,” he said. “She initially answered the door, but … she was only dressed in a nightshirt, so she had asked them if she could have a minute to get changed. She shut the door, and it was within a minute they heard the two shots.”

Dauber said the first shot from the .30-30 rifle killed a dog in the house. The second shot was Debra Sundstrom’s suicide, he said.

Upon hearing the shots, senior investigator Karl Vagts of the Delaware County Sheriff's Office and Walton police chief Brian Laauser rushed into the house. Laauser found Debra Sundstrom's body upstairs, with an apparently self-inflicted gunshot wound to the head. But the officers were forced to flee the house, which had been set on fire and was rapidly being consumed by flames.

After the fire was brought under control, a second body was found in the basement: Bosco's. Because of the state of decomposition of his body, police believe Bosco had been dead for several days by the time the fire started. Bosco's death has been ruled a homicide, but police have not determined how he was killed.

In investigating the deaths of Sundstrom and Bosco, police discovered that Sundstrom was married, and began looking for her husband Randy Sundstrom in an effort to question him.

On Friday, February 22, they found him, with the help of cadaver-sniffing dogs: Randy Sundstrom's body was found sealed in a 55-gallon drum in the backyard of the couple's house on 1884 South River Road. He had been dead since February of 2010, police estimate. Police have not determined how he died, but his death has been ruled a homicide.

So far, Debra Sundstrom is the only suspect in the killings of both Bosco and her husband.

Both Sundstroms were champion giant pumpkin-growers, and were featured in a 2008 PBS documentary called "Lords of the Gourd."

An obituary for Debra Sundstrom, published on the website of the Courtney Funeral Home, did not mention Randy Sundstrom.

Click here for our collected coverage of the Sundstrom murder-suicide story.