Margaretville Best Western plan to get a $1.3 million boost from the state 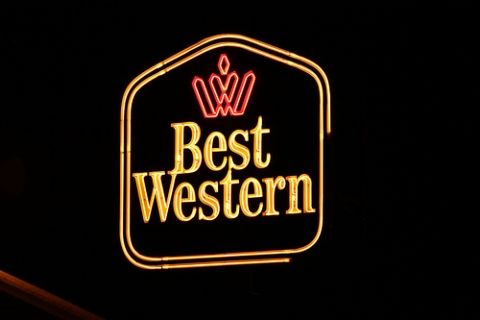 Soon to be seen in Margaretville? Photo of Best Western sign by Flickr user ninniane; published under Creative Commons license.

A long-planned transformation of the Margaretville Motel into a 62-room Best Western hotel got a major boost from New York State last week, in the form of $1.3 million in grant funds.

Funding for the Best Western plan was announced on Wednesday, Dec. 11, along with over 800 other projects receiving $719.5 million as part of the annual Regional Economic Development Council funding awards. The program, now in its third year, was put in place to fund projects that drive job creation and economic development in each of ten regions in the state.

"Peter's been quite tenacious," Ellsworth said. "It's a shovel-ready project."

The plan to transform the tiny Margaretville Motel into a 62-room Best Western has been in the works for years. In 2005, the Daily Star reported that the project had officially broken ground.

Another long-planned major hotel project is also in the works in the area -- the much larger Belleayre Resort, in nearby Highmount. Ellsworth said that the arrival of a national hotel chain like Best Western would fill an unmet need in the region, and would serve a very different kind of tourist.

"It's a different price point for travelers than the [Belleayre] resort will be," Ellsworth said. "When I look at the wedding industry in this area -- and see that most of them are staying in Kingston -- I think we can fill the beds."

"There's a different kind of traveler out there that prefers the name brand," she said.

The $1.3 million in state funds represents only a portion of the cost of building the hotel, Ellsworth said.

"The rest of the financing's in place," she said. "That's what leverages state money: the mix of private investment, other financing, other grants."

The Molnars could not immediately be reached for comment about the project.