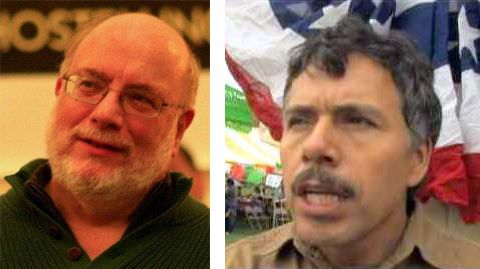 A few weeks ago, the upcoming election in Fleischmanns was shaping up to be like most village elections: A sleepy affair where a few dozen voters send a couple of unopposed incumbents back to the village board of trustees.

Then a couple of things happened. First, mayor Dave Morell resigned, with a year left in his term. Then, at the next board meeting, a motion to appoint trustee Todd Pascarella as mayor split the board 2-2, leaving the board deadlocked and the village mayor-less for the forseeable future.

Trustees Fred Woller and Harriet Grossman, who voted against Pascarella's appointment but did not suggest a mayoral candidate of their own, are both up for re-election next Tuesday.

The prospect of the village going without a mayor for another year galvanized Larry Reilly and Martin Morales to pull together a hasty last-minute campaign for Woller and Grossman's seats.

It also alarmed MARK Project director Peg Ellsworth, whose nonprofit works closely with towns and villages to administer state and federal grant money. Ellsworth visited a village board meeting last night to ask why the board has not appointed a mayor.

Ellsworth told the Watershed Post that she doesn't like to get involved with politics, but Fleischmanns is in a tough position because of the many flood projects the village is involved with.

"It could turn into a somewhat sensitive issue considering all the open funding they have right now, and how that would relate to leadership in the community and getting these projects done," she said. "I think that every community should have a leader. We want to see Fleischmanns succeed. That's the bottom line."

For Larry Reilly, a retired New York City civil servant who first came to Fleischmanns with his wife Winifred Zubin in 1986, that was the push he needed to throw his hat in the ring.

"I told people days before the last board meeting I wasn't interested. But when the folks decided not to make Todd mayor -- I was like, 'Wait a minute,'" he said.

With the village still facing millions of dollars' worth of flood recovery work, Reilly said, Fleischmanns needs leadership now more than ever.

"The floods may be gone, but we still have a lot of work to do," he said. "We need a mayor, especially in these times, with all the work that needs to be done."

Reilly is currently the chair of the Fleischmanns Planning Board, which he would probably have to step down from if elected. Through the Planning Board, Reilly has been deeply involved with the flood recovery effort, coordinating with FEMA, the National Resources Conservation Service, and others on the millions of dollars' worth of rebuilding projects the village still faces in the wake of the Irene floods.

Reilly said that despite all the damage the floods wreaked on the village, the flood work is a chance to make Fleischmanns better than it was before.

"It's a once-in-a-lifetime opportunity. The hurricane was a disaster, but there's been a great set of relationships built since then, and a lot more work to be done, which I've been in the middle of the last couple of months," he said. "We have a lot of pieces in place, and a lot of outside funding to make it happen."

The other write-in challenger, Martin Morales, has been mulling over a return to politics for some time. A former village trustee, Morales stepped down from elected office in 2010 to focus on running his business: Mi Lupita, a Mexican restaurant and general store on Fleischmanns's Main Street.

Morales, originally from a small town in Mexico, moved to Fleischmanns with his wife Veronica and their three children in 2001. He said that after two years of building his business, he's ready to get back into village politics.

Morales declined to discuss Grossman and Woller directly, but he said that he feels the sharp division on the board is hurting the village.

"You can't stop progress on any level. You have to do something about it."

Morales said that Fleischmanns has changed dramatically in the decade he's lived there, in no small part because of the Latino community that has grown from a small minority to over a third of the village's population. He is currently involved in an effort to plan community-wide multicultural festivals that aim to keep Mexican and Latino traditions alive for the younger generation and introduce them to the village's older residents.

In a bigger community, a write-in campaign launched in the final weeks before an election probably wouldn't stand a chance. But in itty-bitty Fleischmanns, anything could happen. Last year, Morell won the mayoral seat by just two votes, 37 to Woller's 35.

Village elections will be held on Tuesday, March 20.